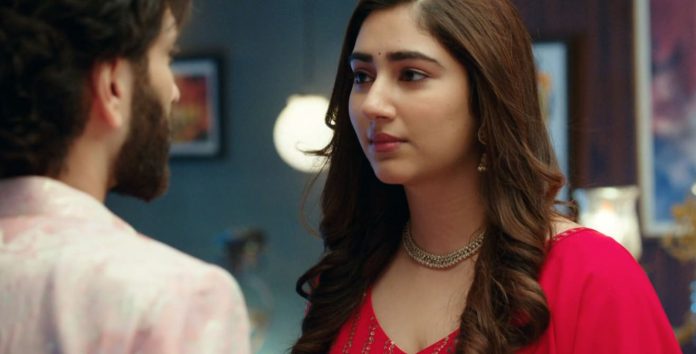 Bade Acche 19th August 2022 Written Update Priya threatens Vedika and Shubham Ram finds difficult to trust Priya, after he hears Priya arguing with Vedika and Shubham. Priya threatens them that they will get ruined if they try to harm Pihu. Vedika asks what will she do. Priya tells that she will not let the deal happen. Ram is shocked to hear Priya. He claps for her. He tells that he didn’t know that she has such intentions. He asks her why did she falsely accuse Nandini. He tells that Vedika and Shubham are reacting this way, just because of her mistake. He assures that he will not let Pihu know anything about their past. He asks Priya not to react this way. She asks him if he doesn’t believe her. She tells that she wants to protect her daughter. She is determined to fight back.

Ram tells that Vedika and Shubham worry for Nandini, they won’t do anything wrong. Priya thinks Ram is still believing his family. Ram gets a misunderstanding. He asks her why is she threatening his family, what does she want. Priya tells that he is thinking wrong. Shubham complains about Priya. Pihu finds Ram and Priya arguing. Ram doesn’t want to upset Pihu. He ends the argument. Brinda sends Ram and Pihu’s hair samples for the DNA test. Very soon, Pihu’s truth will get known to Ram that she is his own daughter. Brinda will bring out the truth to unite Ram and Priya. How will things change for Ram and Priya when Pihu’s big truth comes out in front of the entire family? Will Priya get back to Ram? Keep reading.

Reviewed Rating for Bade Acche 19th August 2022 Update Priya threatens: 3/5 This rating is solely based on the opinion of the writer. You may post your own take on the show in the comment section below.