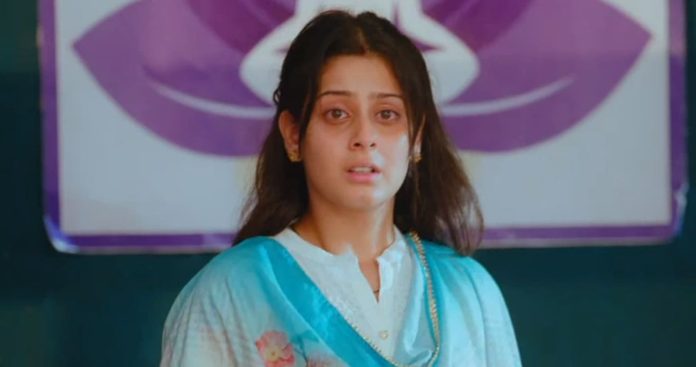 Udaariyaan 27th August 2022 Update Jasmin returns Rupy learns about the Punjab girls rescued by the NGO Pehli Udaan from the countries like Canada and UK. He is moved to know that Jasmin is one among the girls rescued by the NGO, and she is accompanied by her six year old daughter. He can’t believe that Jasmin is back. He sees Tejo really happy with her family. He wishes Tejo doesn’t get affected by Jasmin again. Nehmat wishes for a sister, unaware that Jasmin’s daughter will soon get into her life to create a storm. Tejo also thinks of Jasmin, on hearing Nehmat’s innocent and hearty wish. She doesn’t want Jasmin to return in their lives, and trouble Nehmat.

Rupy heads to the NGO to meet Jasmin and her daughter. Tejo wishes that Jasmin stays away from their lives. She knows that Jasmin can never get positive. Rupy meets Jasmin and is shocked on seeing her miserable condition. He doesn’t have any sympathy for her. He decides to end ties with her and send her away from their lives. He denies his blood relations with Jasmin. He tells the NGO lady that Jasmin isn’t his daughter. Tejo decides to tell the family about Nehmat’s birth truth, that Jasmin isn’t Nehmat’s mother, Jasmin didn’t give her birth, Nehmat isn’t Amrik and Jasmin’s daughter, but Jasmin had made her away from her parents for her selfish goals.

She tells Fateh that the family has a right to know this and even Nehmat has a right to know it. Fateh gets worried about Nehmat’s reaction. Rupy shocks Jasmin by getting rid of her. Jasmin’s daughter stops Rupy. Jasmin tells Rupy that Naaz is her daughter. She turns Rupy emotional by bringing his granddaughter in front of him. She wants to go home and live with her family. Rupy agrees to take Jasmin home for the sake of his granddaughter. How will Jasmin bring a rift in Fateh and Tejo’s lives again? Keep reading.

Reviewed Rating for Udaariyaan 27th August 2022 Update Jasmin returns: 5/5 This rating is solely based on the opinion of the writer. You may post your own take on the show in the comment section below.