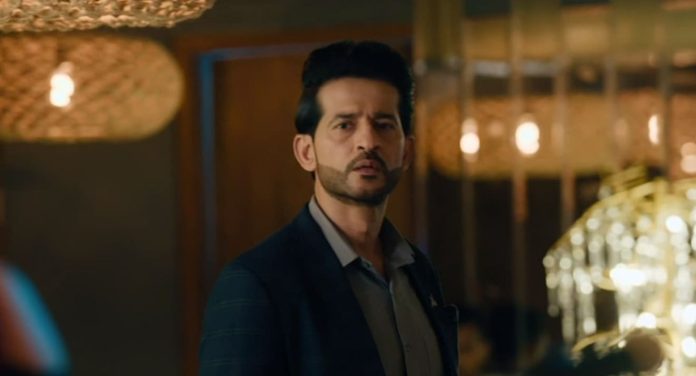 Swaran Ghar 30th August 2022 Written Update Savior Arjun Ajit tries a lot of times to tell his feelings to Swaran. He gets interrupted by Swaran’s family duties. Ajit loses courage to tell her that he loves her. He confesses love to Swaran in his dream. Swaran enjoys the food at the five star hotel, much against her will, just on Ajit’s insistence, unaware that he had planned the dinner date to profess love. Ajit tells her that he wanted to confess something since a long time, but never got a chance. She patiently listens to him. Ajit feels nervous. He tells her that Kanwal used to keep her happy and kept her like a queen in Swaran ghar, he always wanted her to smile and live her life well. He also wishes the same for Swaran. He tells her that he will also keep her happy, and wishes only her happiness.

Ajit doesn’t come to the point. She tells that she knows he is her well-wisher. Ajit’s hands turn cold. She holds his hand and asks him if he is okay. He thinks it’s the perfect moment to say I love you. He doesn’t expect her love in return. His odd behavior gets her worried. She thinks he has an upset stomach and laughs at him when he doesn’t eat anything. Ajit rushes to the washroom to encourage himself to tell Swaran that he loves her. Arjun wanted to see Ajit, who sang beautifully in the restaurant area. He misses to see Ajit and Swaran, and goes away for his meeting with the lawyer. Arjun’s lawyer recognizes Ajit and degrades him.

He questions Ajit about his visit to a five star hotel. He calls Ajit a thief. Ajit defends himself. He answers the lawyer with a befitting reply. The lawyer asks Ajit to meet his boss Arjun and dare to reply him. Ajit wanted to meet Arjun since long. He doesn’t know that Arjun is his good friend Goldie himself. Ajit misses to see Arjun again. Arjun learns about Ajit’s problem when the latter gets caught for the non-payment of the bill. Ajit comes to the rescue, and proves himself as a good friend for Swaran and Ajit.

Reviewed Rating for Swaran Ghar 30th August 2022 Written Update Savior Arjun: 4/5 This rating is solely based on the opinion of the writer. You may post your own take on the show in the comment section below.