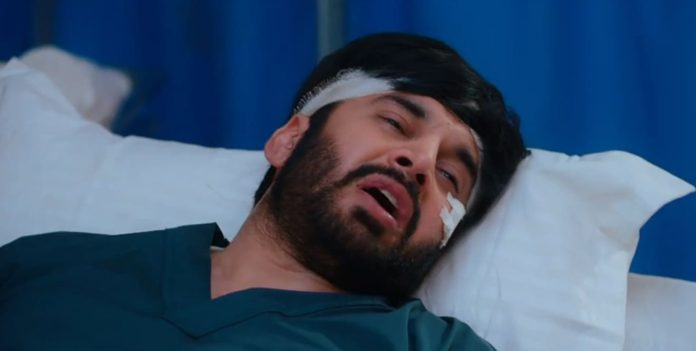 Swaran Ghar 2nd September 2022 Ajit accuses Arjun Ajit meets with an accident because of Arjun’s sister Rajeshwari. He gets admitted in the hospital. Swaran is worried for Ajit. Police inspector meets him and tells that he has come to take his statement. He asks how did the accident happen. Swaran and Jai are with Ajit. Arjun also comes there to check on Ajit’s health. Ajit tells the inspector that he left from his dhaba for his important work, a car followed him and deliberately hit him to injure him, then some goons got down the car and took away his land papers bag, they snatched the legal papers and burnt it. Inspector asks him if he doubts anyone, if he has enmity with anyon. Ajit tells that the accident didn’t happen on own, someone had planned it, and that’s Arjun Deol. He accuses Arjun.

Ajit regrets losing his land documents, and thinks Arjun is behind the accident plot. Arjun doesn’t realize that Rajeshwari is behind the accident. He thinks Ajit is a liar, and is faking stories. Swaran wants to believe Ajit, but she recalls hearing Arjun telling his lawyers to be fair in the judgment. Arjun didn’t want to get the land if it really belongs to Ajit’s ancestors. Arjun is a fair person, and Swaran believes him as well. Ajit loses faith on Goldie/Arjun, and even Arjun has no trust left. Arjun thinks otherwise and accuses Ajit for the fraud, when he failed to produce the legal papers on time. He tells Swaran that Ajit is cheating them just to grab the land. Who will Swaran believe? Keep reading.

Reviewed Rating for Swaran Ghar 2nd September 2022 Ajit accuses Arjun: 3/5 This rating is solely based on the opinion of the writer. You may post your own take on the show in the comment section below.