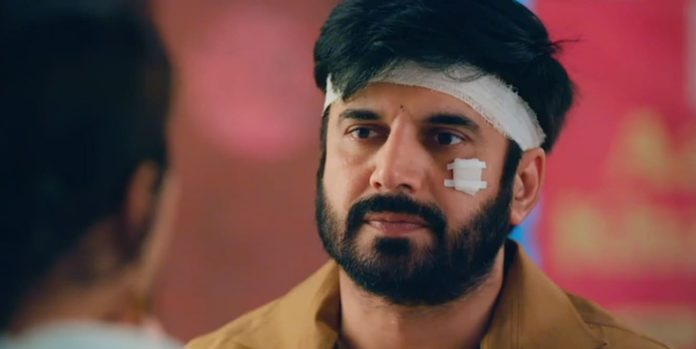 Swaran Ghar 12th September 2022 Ajit loves Swaran Swaran Ghar episode spoiler – Ajit shocks Swaran Swaran asks Ajit to swear on her and inform Bebe that they are just friends. She says that he cannot be silent like this. Ajit takes out his hand off her head. Swaran is stunned. Bebe asks her if she got her answer as his silence says that he doesn’t consider her just a friend but also likes her.

Anupama slaps Paritosh and asks him to tell that it is a lie. Rakhi says that she has the proof of his affair. Anupama is shocked. Paritosh says that Kinjal was pregnant and it is normal for a husband to get attracted towards another woman. Anupama says that men easily find valid reasons to have affairs. She declares that no husband has a right to betray his wife. She wonders how will she tell this to Kinjal when she needs Paritosh the most in this delicate situation.

Spy Bahu episode spoiler – Veera-Mahira doubt Sejal:
Veera and Mahira feels that Sejal is pretending to lose her memory. Veera says that she saw the happiness of victory in Sejal’s eyes. She says that whatever Yohan may say but she is sure that Sejal has come back to seek revenge. Sejal tells Harsh that she only needs a thing which will become her weapon. Yohan asks her about the weapons.

Harphoul Mohini episode spoiler – Mohini dead?:
Mohini falls down and says that she cannot come and the god must have written about their relationship till here only. Harphoul tells her that she is mad and asks her to come. She pushes Harphoul and a fan falls on Mohini. A lady tells Maai that if Harphoul had done a murder then he cannot be safe for a long time. Harphoul brings Mohini. Balwant accuses Harphoul of killing Mohini.