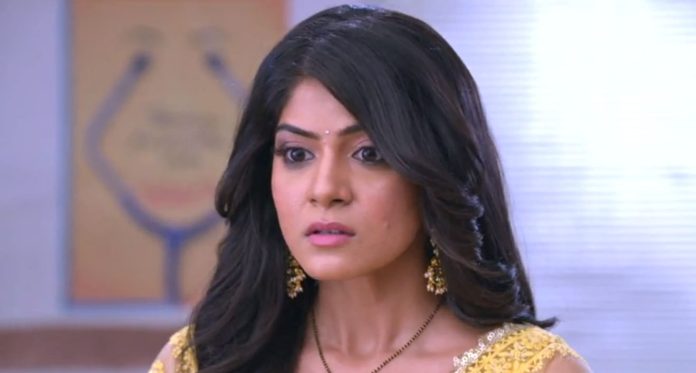 Muskurane Ki Vajah 23rd September 2022 Katha shoots Yuvraj Kabir bashes up Yuvraj in anger. He tells that he believes Katha. The family is shell shocked when Yuvraj raises hand on Kabir. Yuvraj goes mad in anger when Kabir calls the police to get him arrested. Yuvraj catches Katha at gun point and threatens of killing her. Kabir stops Yuvraj and they fight. Kabir tries to protect Katha. Yuvraj picks a knife and threatens of stabbing Kabir. Kabir tells that Yuvraj never loved him or the family. Maasa asks Yuvraj what is he doing. Kabir tells them that Yuvraj is selfish, and now his true face is seen by all. Yuvraj tells that he is forced to do this. He catches Kabir by his collar.

He tells that Kabir should have supported him, not Katha. He angrily goes to stab Kabir with the knife. Katha takes a big step to save Kabir. The gun falls near her feet. She picks the gun. She loves Kabir, and can’t see Kabir dying. She shoots down Yuvraj. The family is in shock seeing Yuvraj shot by Katha’s hand. Inspector takes the gun from Katha’s hand and arrests her. Uma and Kabir tell the inspector that Katha has shot Yuvraj to save Kabir in defence. Katha tells that she has killed a person, its her crime, she wants the punishment. She asks Kabir to let her go to the jail. Katha cries while departing. Kabir and Uma cry for Katha.

Rajveer slaps Ajooni in anger. He doubts her. He tells her that he isn’t a kid that she can fool him easily. Rajveer and Ajooni’s relation suffers because of his suspicion on her friendship with Avinash. He accuses her for having a relation with Avinash, and cheating her husband. He beats up Avinash. She tells that she was living in his house just because he trusts her, but now his faith ended on her, she will not stay with him. She wanted to help Aman. She keeps her silence about Aman. She tells that she has no relation with Avinash. Rajveer gives her a day’s time to prove her innocent. Rajveer packs her bags and asks her to leave the house. Ajooni sheds tears seeing his indifference. Aman decides to tell Ajooni’s truth to Rajveer.