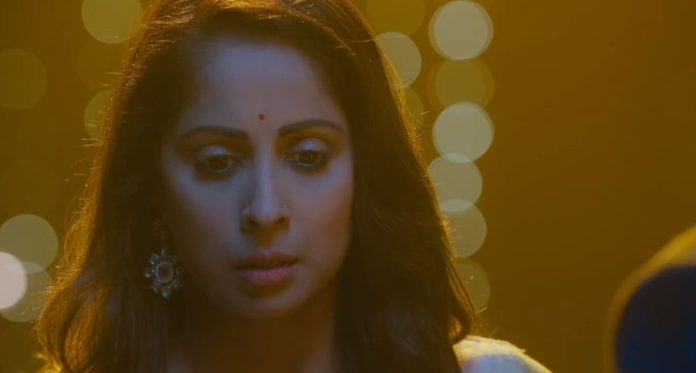 Swaran Ghar 23rd September 2022 Upcoming Swaran’s wedding Ajit gets upset that Swaran doesn’t miss him. He feels heartbroken that he has hurt her heart by expressing his feelings towards her. He expresses his emotions to his grandson. He feels devastated with the thought that Swaran is in sorrow, and battling her tears alone. He wants to be at her side and shoulder her in sorrow. He knows she would be shattered after sending Vikram to the jail. He is also proud that she has shown much courage against Vikram. He feels that life gives them much sorrow. He wishes Swaran calls him once. He doesn’t want to approach her to lessen her sorrow, because of his promise to Bebe. Swaran is really upset thinking of Vikram.

Arjun pacifies her with an assurance that he will get Vikram bailed out anytime Swaran makes up her mind. Ajit tries reaching Swaran. He learns that Swaran is sharing her sorrow and emotions with Arjun. He feels he isn’t needed in her life anymore. A misunderstanding makes home in his heart. Swaran waits for Ajit. She tells that Ajit should have understood her, she thought he would come after hearing about Vikram, but he didn’t come. She feels lonely without Ajit. Arjun and his Bua meet Bebe and talk to her about Swaran. Bua tells that she has come to ask for Swaran’s hand for Arjun. She shocks Bebe. Ajit also eavesdrops and is shocked to learn about Goldie’s alliance for Swaran. He learns that Arjun had a liking for Swaran since a long time, after she saved his life. What will Ajit do now? Will Arjun come between Ajit and Swaran’s relation? Keep reading.

Reviewed Rating for Swaran Ghar 23rd September 2022 Upcoming Swaran’s wedding: 4/5 This rating is solely based on the opinion of the writer. You may post your own take on the show in the comment section below.