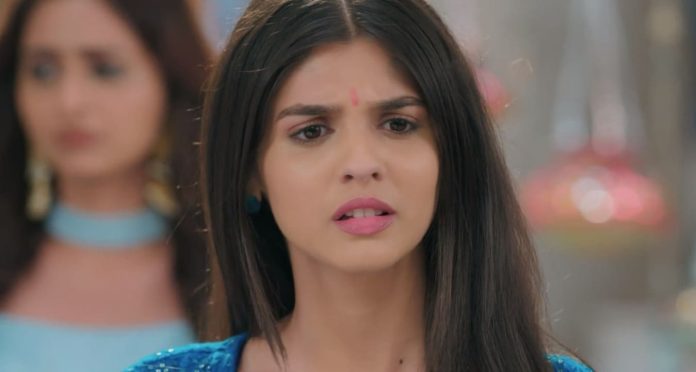 Yeh Rishta Upcoming 5th October 2022 Abhira Divorce Goenkas celebrate their union with Kairav. Akshara is really happy, and forgets for a while that her divorce application is accepted. She gets a call from her lawyer for the divorce hearing. This leaves her upset. Goenkas worry for Akshara’s future. Abhimanyu informs Neil and Harsh about the call for the divorce hearing. He tells that he has to rush to the court and be there at 12. He loses focus in his work. Abhimanyu finds the time and relation slipping from his hand. He gets dressed up for the official meeting with Akshara. Akshara too prepares herself, but fails to gather courage. She wishes that Abhimanyu changes his divorce decision and stops the divorce. Abhimanyu and Akshara deal with their emotional conflicts.

Dhara and Rishita get suspicious of Shweta and Deven, but Shweta comes up with a brilliant story to play a victim card. Shweta covers up for Deven as well. She makes her place in Pandya house by getting Suman on her side. Shweta doesn’t think Deven will be back so soon. He comes to meet her, after robbing the money from Suman’s locker. Shweta doesn’t want Krish to see Deven. Krish gets into a dilemma over Shweta’s sweet and bitter behavior. He wants her answer about their marriage. Shweta saves Deven once again from coming in front of Krish. Shweta is shocked to find Deven resting in her room. She doesn’t let Dhara see Deven hiding. Dhara gets close to find the truth of Shweta and Deven’s real relationship. Rishita promises to unmask Shweta and stop Krish’s marriage.

Reviewed Rating for Yeh Rishta Upcoming 5th October 2022 Abhira Divorce: 4/5 This rating is solely based on the opinion of the writer. You may post your own take on the show in the comment section below.