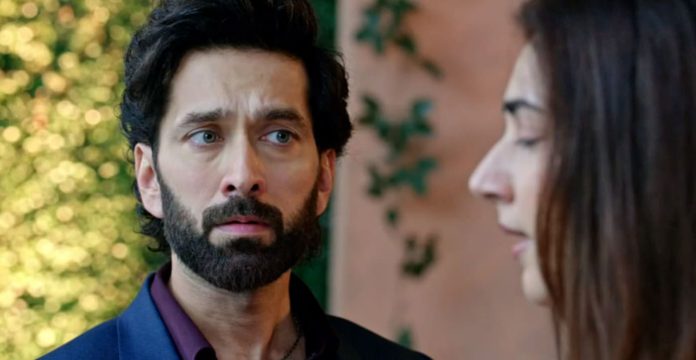 Bade Acche Lagte 10th October 2022 Upcoming Update Ram meets Ishaan and tries to get the truth out of him about his connection with Shivina’s case. Ishaan gets terrified and begs Ram to not send him to the jail. Ram asks Ishaan to stop crying. He tells Ishaan that he wont send him to jail, after all there is no reason for it. He asks Ishaan what is he hiding and what does he mean to say. He asks Ishaan to answer him. Ishaan confesses that he had pushed Shivina, she had died because of him, he is responsible for the accident. Ram is super shocked when Ishaan tells him that Priya is innocent, she took the blame to save his life and future. Later, Nandini breaks out the truth to Pihu and pretends caring towards her. She blames Priya for Shivina’s death. Ram brings Priya home.

Nandini and Shubham stop Priya from meeting Pihu. Priya gets afraid that she has to go to police station. Ram holds Priya’s hand. He stands by her. He tells that Priya knows Pihu well, she doesn’t need anyone’s permission to meet Pihu. Shubham calls Ram his stepbrother. Ram tells that even Shubham is step-uncle for Pihu. He scolds Shubham, while Nandini handles the situation calmly. Ram tells that Priya has to meet Pihu. She doesn’t allow Ram. She tells that she is hurt seeing Pihu broken. She shows love for her granddaughter. She tells that Pihu doesn’t want to meet Priya. Ram sends Priya to meet Pihu, and gets engaged in an argument with Nandini. He shows the evidences in Priya’s favor Shubham turns mad at Ram for always supporting Priya. Ram condemns Nandini and Shubham.

Reviewed Rating for Bade Acche Lagte 10th October 2022 Upcoming Update: 3/5 This rating is solely based on the opinion of the writer. You may post your own take on the show in the comment section below.