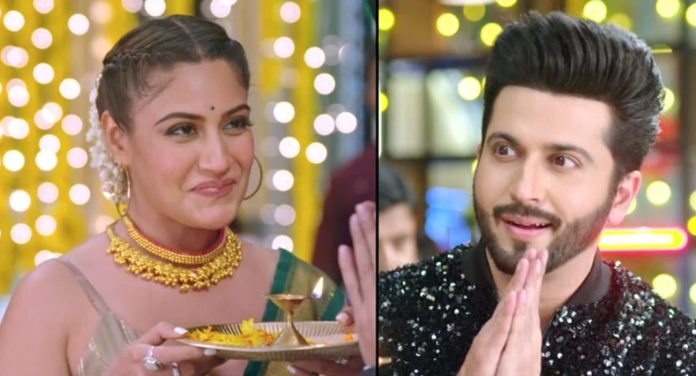 Sherdil Shergill 26th October 2022 Raj loves Manmeet Bhairav decides to make Raj and Manmeet away after hearing the entire truth from them. He learns that they aren’t dating and have no relation from the past, they were just helping each other in problems. He asks them to stay on the same note and not change their minds later on. He tells that Raj won’t work with Manmeet from now, hence their meetings will also stop. Manmeet feels at peace that the lie is finally over, and she can breathe free. Raj develops feelings for Manmeet. He wishes to create a chemistry with her.

Bhairav tells Nirali that Raj and Manmeet have nothing between them, and he asked them to end their friendship too. Nirali is upset that she missed Anmol. Bhairav asks Nirali to find a nice girl for Raj. He wants Raj to get married after Diwali. He gives 15 days time to Raj and the family. A shocked Raj calls up Manmeet again, brewing new misunderstandings in the families. Manmeet asks Raj to get married and settle down, because he isn’t too young to avoid marriage.

She advises him to just listen to his family, and not create any more fuss. He is scared of committing. She tells that his family will find a nice girl for him, and he will be happy in an arranged marriage. Raj doesn’t get the help he expected. He gets hurt by her words and decides to get married. He tells Nirali that he is ready for the marriage, he also wants to settle down and have kids. Manmeet tells Puneet that she is happy if Raj gets married soon. Raj gets drawn towards Manmeet. He just wants to be with her, and starts dreaming of her. Raj falls in love with Manmeet, though its a one-sided love.

Reviewed Rating for Sherdil Shergill 26th October 2022 Raj loves Manmeet: 5/5 This rating is solely based on the opinion of the writer. You may post your own take on the show in the comment section below.