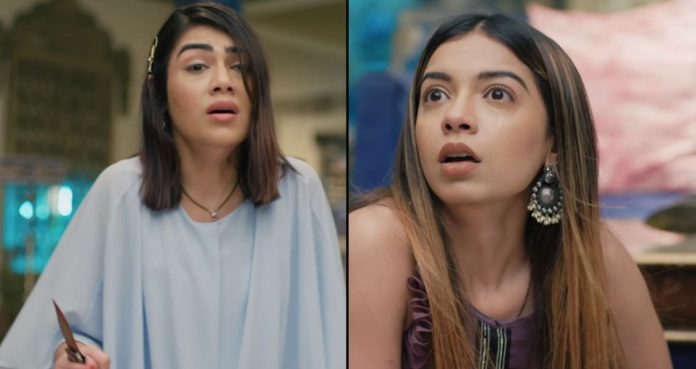 Pandya Store 30th November 2022 News Shweta trapped Dhara really gets stabbed by a thief, while plotting the fake murder drama. Dev, Krish and Rishita get worried for Dhara. They play the drama and blame Shweta for killing Dhara. Gautam takes the policeman’s disguise and comes home to scare Shweta. Shweta tells that she didn’t kill Dhara. He asks her what enmity does she have with Dhara. Shweta tells that she just saw Dhara lying stabbed, and removed the knife. She pleads her innocence. Gautam collects the crime evidence. He tells that Shweta is under arrest.

Furthermore, Rishita accuses Shweta. Shweta worriedly calls her parents to seek their help. She tells them that Dhara got murdered, she is no more. She tells that she didn’t do anything. She asks them to come soon and help her, because the Pandyas are accusing her. Her parents are also in shock on knowing the news. Gautam tells Dev that he will get justice for them, he will punish the murderer. Shweta begs Gautam, thinking he is a real inspector. Shweta doesn’t realize that they all have trapped her. Shweta’s parents come there.

Rishita tells Gautam that Shweta’s parents entry wasn’t a part of their plan, if they come, then it will be a big trouble, Shweta might learn the truth and not confess anything. She wants to corner Shweta and make her admit the truth. Shiva and Suman return home. They see Shweta’s parents rushing to Pandya house. Suman asks them the reason. Shweta’s parents tell Suman about Shweta’s shocking call of Dhara’s murder, the police has come to investigate the matter. Suman and Shiva can’t believe the shocking news. Will Dhara really die? Keep reading.

Reviewed Rating for Pandya Store 30th November 2022 News Shweta trapped: 5/5 This rating is solely based on the opinion of the writer. You may post your own take on the show in the comment section.