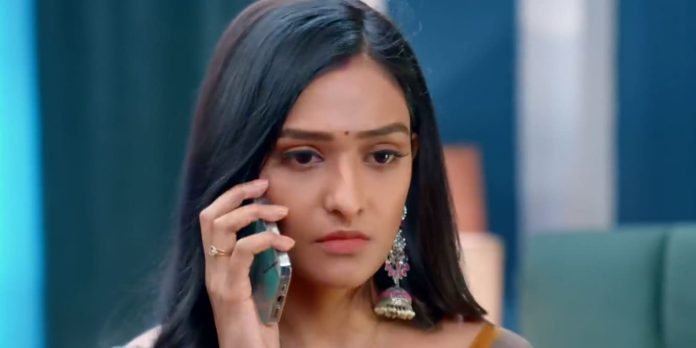 Bhagya Lakshmi 21st December 2022 Written Update Divorce finale Ayush asks Rishi and Lakshmi are they upset because of the court hearing. He asks them to just go to the court and tell that they don’t want the divorce. Lakshmi cries and hides Rishi’s truth from the family. Rishi also sheds tears. Dadi gives them courage to just speak the truth. The judge that it’s the final hearing and they shall know if the divorce is wanted or not. Malishka asks Rishi and Lakshmi to think well and decide, without thinking of her. She emotionally blackmails them. She tells that she will see about her life. She shows her support to Rishi. The family also accompanies Rishi and Lakshmi to help them take the big decision of your life. The judge likes the fact that Rishi and Lakshmi have cleared their differences.

She appreciates the fast that they are doing so much for each other, their efforts are commendable. Ayush tells that Rishi and Lakshmi care for each other a lot. He apologizes for interrupting. The judge asks their opinion. Neelam asks Rishi to not forget his promise. Dadi asks Lakshmi to say the truth, that she loves Rishi a lot. Judge asks Rishi and Lakshmi what is their decision, do they want to get the divorce. She wants to know what do they want. She questions their feelings. Later, Virender asks the judge about the decision. Judge tells that she has decided what Rishi and Lakshmi wanted. Virender is thankful that Rishi and Lakshmi are still together. Neelam clearly asks the judge if the divorce happened or not. She wants the answers.

Judge asks them is there anything she should know. Dadi tells that Rishi and Lakshmi will tell the decision themselves. Judge asks them to tell their feelings and also their decision, do they still want the divorce. The family waits outside anxiously. They want to know the judge’s decision. Rishi and Lakshmi leave from the court. They both cry and have a moment. Neelam asks the judge if the divorce has happened. Virender asks the judge what did she decide for the children’s betterment. The judge tells that she is helpless and has to follow the rules, she accepted their decision.

They both decide to get divorced. Lakshmi remembers Rishi’s cheat and sheds tears. Their decision shocks the judge. The judge asks them are they sure of their decision. She finds it shocking. She tells that she will guide them the process. She asks Lakshmi to ask for alimony if she wants. Lakshmi tells that she asked a wish, but it wasn’t written in fate. The judge explains them to think again. She asks Lakshmi to stay in Oberoi house as of now, until the decision is made. Rishi tells that its Lakshmi’s house, he will take care of everything. Rishi adds that he is leaving Laskhmi for the sake of her happiness.

Judge asks them to leave, and wishes all the best for their future. The judge then reveals the divorce decision to the family, which gets so unexpected. She tells that she has finalized the divorce and granted it. Malishka and Sonal rejoice, just like Neelam and Karishma. The family is in shock. Dadi and Virender wonder how can Rishi and Lakshmi do now and why. Ayush tells that they will go home and ask Rishi about the blunder. Dadi tells that she will ask Lakshmi also. Rishi asks Lakshmi can’t they change this decision. He tells that he decided this because he cheated her, he doesn’t deserve her, but he can’t live without her. He promises to never cheat her again.

Lakshmi tells that he lost her faith. He tells that he will fix everything. She asks can he erase whatever happened between Malishka and him. She can’t live with Rishi after his cheat. Rishi tells that he can’t live without her. He asks her to not go. She tells that she can’t forgive her. They both shed tears. Malishka and Sonal plan to celebrate their victory. Lakshmi remembers Rishi and her sweet moments and sheds tears feeling the pain of separation. Rishi feels hurt seeing her cry. He fails to console her. He goes away and cries a lot.

Reviewed Rating for Bhagya Lakshmi 21st December 2022 Written Update Divorce finale: 3/5 This rating is solely based on the opinion of the writer. You may post your own take on the show in the comment section.