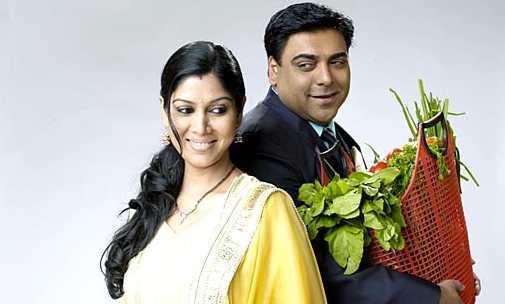 As per the current track, Ram and Priya are separated since 3 months because of Pihu. Their daughter Pihu loves Sammy who was in a relationship with Suhani. When Suhani (Priya’s doctor) gets to know about Pihu’s feelings for Sammy, she thinks to sacrifice her love for Priya and gets down in Sammy’s eyes. Suhani tells Sammy that she loves Khush and not him. Sammy gets heart broken. Sammy and Pihu gets engaged and just then Suhani comes to know about her pregnancy. When Priya insists her to tell about the baby’s father, Suhani breaks the news that Sammy is her unborn baby’s father. Priya supports Suhani and tells Ram that they can’t marry their daughter Pihu with Sammy. Ram and Priya fight with each other. Sammy tells them that the baby is not his but Khush. Pihu asks Ram to choose between her and Priya. Priya decides to leave Kapoor Mansion for Pihu’s happiness.

After three months, Priya is seen with Khush and Suhani living a simple live. Priya works in a office to earn for a livelihood. Ram takes over Priya’s company and becomes her new boss. Priya is overwhelmed to see Ram as her new boss and Ram is equally happy with the new development, but they keep fighting like a usual couple. Manager of the company Rishi tries to spoil Priya’s image and leaks the information about the deal. Ram loses the deal. Rishi blames Priya for the loss. Ram asks Rishi to collect the proof against Priya. Priya resigns from her job. Ram determines to bring her back to the office with full respect and dignity after bringing out the real culprit infront of everyone. Ram goes on a extra mile to prove his lady love’s innocence. After proving her innocent, Ram tries to mend ways with Priya and reconcile. There will be some romantic episodes coming in the next week. Stay tuned.