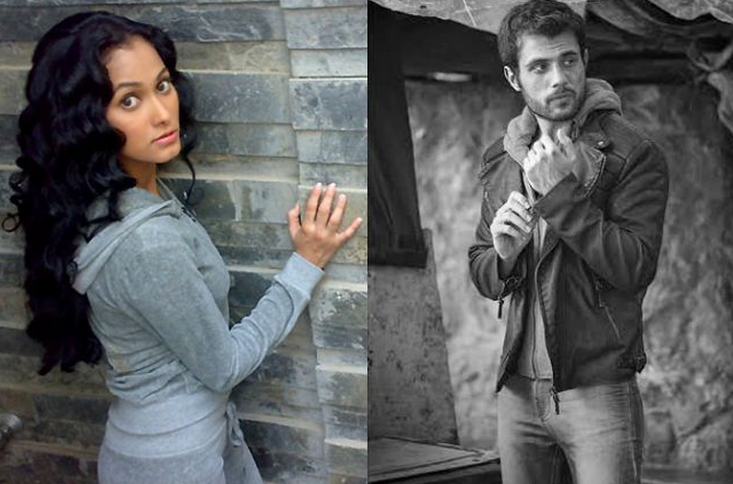 A man who witnesses the deaths is shown in a state of shock. He calls out Rumi. The story starts like this…… Suchit was cheerful and full of life, a shooting champion who planned to take his life to International levels. He meets Rumi at a pub who was his girlfriend. She asks him to dance with her. She drinks heavy for him. He can’t get his eyes off her. She dances alone. Amits ask him to confess his love and propose Rumi. He dances with Rumi getting closer and enjoying himself. Rumi gets a call from her Maasi who asks her to come home soon. She asks her not to make her wait. Rumi says I will stay at my friend’s house.

He asks Rumi whose call was it. She tells him everything that her Maai taunts her about her modeling career, she never understands her. They drink together and he says lets go out and have some fresh air. They are drunk and he looks for a chat shop. They have fresh chat and have a talk. She praises him and says we are different. She laughs on his serious nature. He asks about her boyfriend. She says she has no one. She shows interest in him. He says I will drop you home. She says I will manage. He says you can come to stay at my house else let’s go to your friend’s shoot set. 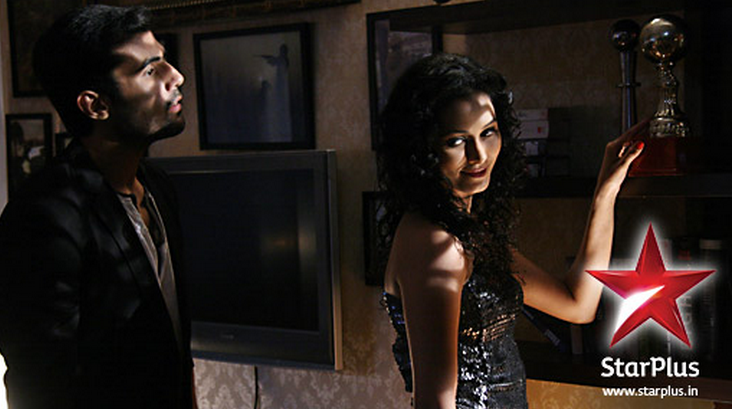 He takes her to his home. He did not know what it will cost him. She loves his house and looks at the pictures. He shows her his trophies he won for shooting. He makes coffee for her. They have coffee together and watch tv. She goes to make a call. She calls someone and makes him hear the conversation. She says I will come at your set and wait there. She tells him that her friend is still busy and she will go and wait at her set. He asks her to sleep in his bedroom and he will sleep on the couch. Rumi agrees smiling. She thanks him and goes to occupy his bed.

Its morning, he wakes up and looks out for her knocking the door. He opens the door and finds the room empty. He calls her and does not connect. He was in love with her. He calls Rumi again. She ignores him. Amit asks him why did he not hook up with her when she spent a night at your house. She comes to the pub and meets him again. She says I m sorry I could not call you back. She says she was taken away by him, she did not know how to react, she has feelings for him but did not know how to approach him. She confesses her love and he gets much happy. He asks is this a joke? She says no, I swear I mean it. She says Suchit I love you so much. She hugs him and he feels lucky. 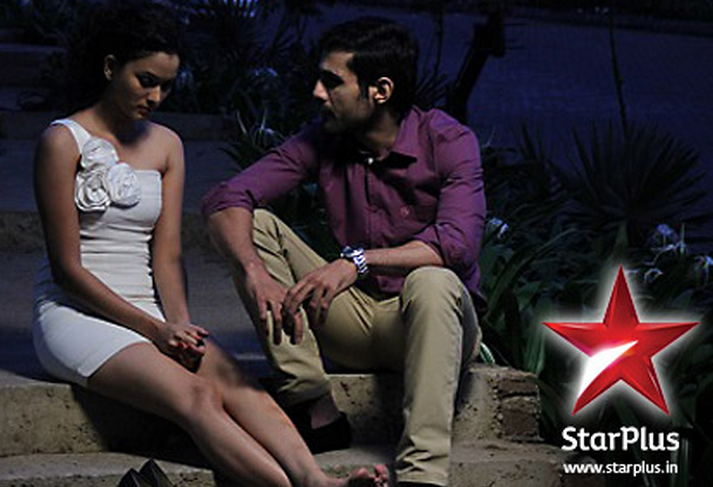 They start hanging around. She plays with a loaded gun at his home. She gets a call and she disconnects. He asks her to be careful with the gun. She tells him that Maasi again scolded her, she hates her career. He says everything will be fine. At the pub, Suchit sees Rumi getting odd with Amit and he gets angry asking her to leave with him. She gets a call and disconnects it again. He asks her not to talk with other guys and scolds her. Rumi says lets go out now. They leave from the pub. Suchit tells Rumi that she does not know anything. She says are you jealous and kisses him.

Suchit calls Rumi and she lies to him that her uncle’s health is not fine and she can’t come. Suchit believes her and follows Rumi. His doubt was right that Rumi was lying to him. Rumi meets him later and he says we should think about our relationship, I m fed up of your lies. She cooks up a story. They have an argument and Amit asks them whats going on. Suchit asks Amit to leave and not touch Rumi. Rumi asks whats your problem, you are a jealous and insecure man, you followed to check on me. She says you don’t trust me. My Maasi calls me characterless, you can also call that. 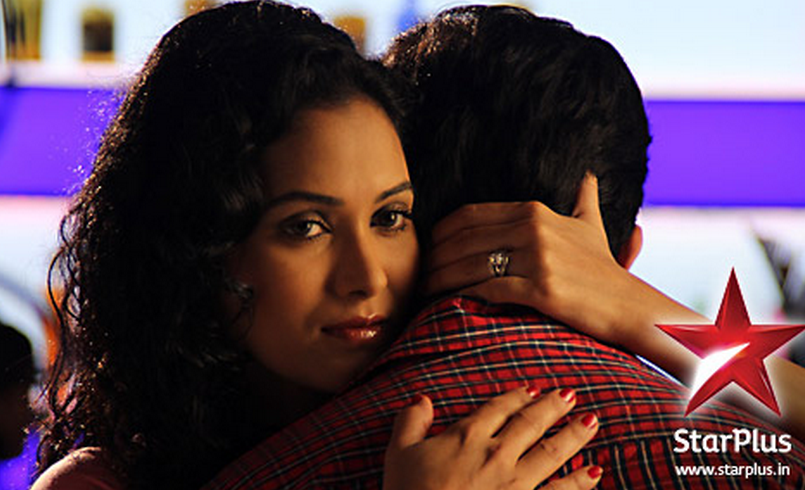 She gets angry and now you will break up with me right. She cries and says I m mad who loved you. I easily trust people, its my mistake. He asks her not to follow her again. He did not wish to lose his love. He calls Amit and could not talk. He calls Rumi but she also ignores him. Suchit is left alone. He meets Rumi and apologizes to her. She leaves not accepting his apologies. After few days, he sees Rumi going in someone’s car. He follows her and sees her at the pub with an old man. He confronts her and scolds her for being so characterless. She slaps him. She tells him that she loves him but he is disgusting. She asks him not to embarrass her infront of people. 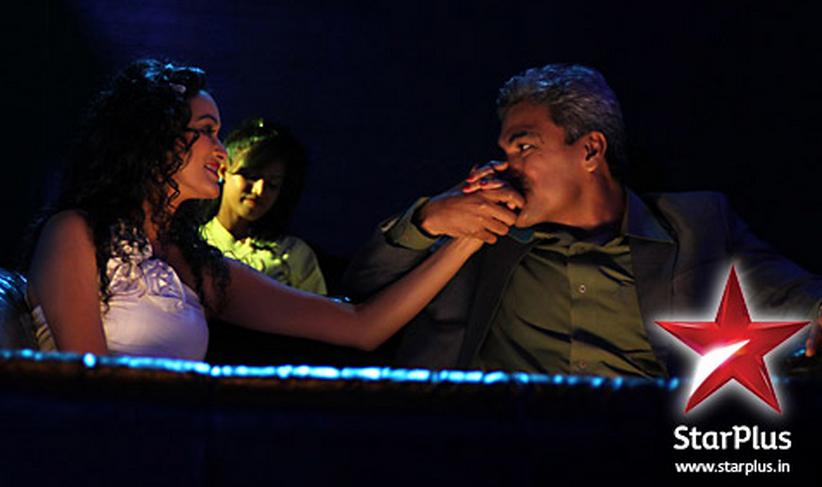 Rumi comes to meet him at his house and shows him his uncle and aunt’s photo. She cries and asks him to trust her. Suchit apologizes again and says I got jealous, I m sorry. He says this is over. He stops her and promises her that he will never doubt on her again, he will die if she goes away. She asks him to change his nature. He says give me one chance, I will change. Rumi agrees. He thanks her. They again hangout in the pubs. She gets a call and goes to talk. Suchit apologizes to Amit. He says Rumi is staying very silent these days. Amit asks him to take her on a dinner date.

Rumi comes to his house and is surprised to see the arrangements done by him. He gifts him a designer dress and she happily hugs him. They have dinner together and he tells her that he lost his mum in childhood, he went away from his dad also, so he overreacted that day as he was scared to lose her. Rumi gets a call and disconnects. He gets close to her. She says I love you but I want to tell you something about myself. She tells about her life and her parents died in a car accident. She says she was poor and stayed at Maasi’s house. Maasi was against her modeling and scolded her when she did a lingerie ad. Mausa ji supported Rumi. He comes to her and asks her not to cry and not feel bad by her Maasi’s words. 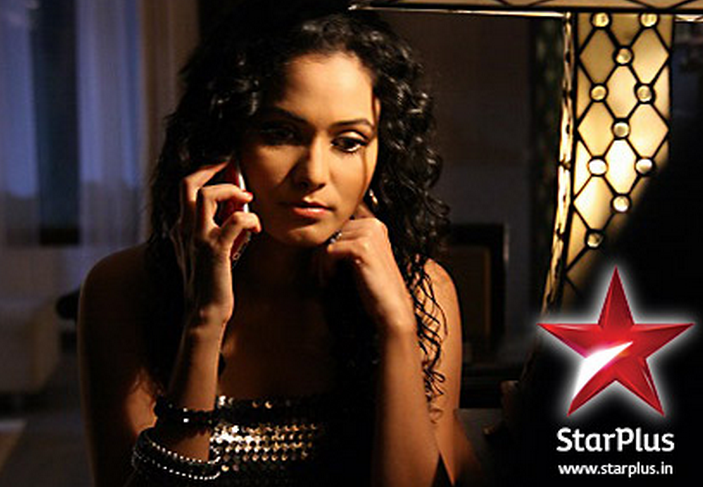 Mausa ji touched her in wrong way and she had no option and no place to stay anywhere else so she decided to tell Mausa ji that she will leave the house. Mausa ji asked her to continue being with him else he will tell everything to Maasi. Suchit says you should have told me before, I will kill that Mausa. She says I don’t want revenge. He promises her that she will stay with him always. Suchit drops Rumi home in the morning. He asks her to shift to his house and inform Maasi that she is shifting to her friend’s house. Mausa ji sees Rumi come home and shows her his will where he has given all his property to her. Rumi calls Suchit and asks him to help her as she is alone at home. Suchit comes to her house with a gun and shoots at Mausa and Maasi. He calls out Rumi and is in a state of shock. He sees Rumi closing the door on his face and locking it. 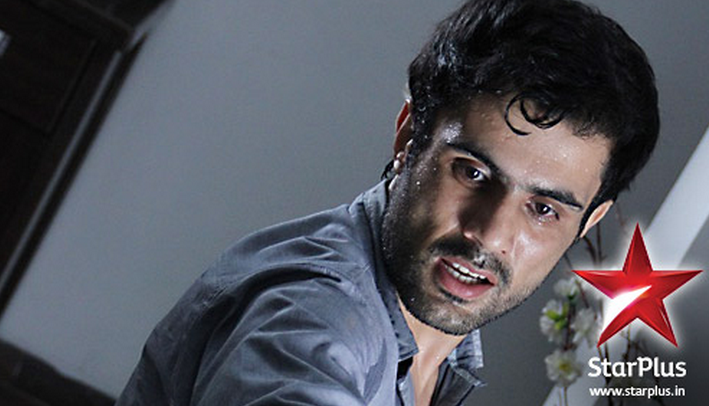 He asks Rumi to open the door. She says she has used his innocence. Suchit cries. He asks her why did you do this. She says I wanted you to kill my Maasi and Mausa. She tells him how his Mausa gave his property to her. She had an affair with Mausa. She hugs her Mausa and planned to kill him. Suchit says how can you do this with me, I loved you. She says yes, so I chose you, only you could have done this. He says I will tell everything to police. She laughs and says I have already told them that you have killed them. Ishq ne hasaya, ishq ne rulaya……………….. plays…………….

The police comes and Rumi lies to them asking for help. The police goes to arrest Suchit. He turns and shoots Rumi infront of the police. Yeh ishq hai……………plays………………… Suchit surrenders to the police. Every relation is on trust, if someone breaks your trust, a person loses his love.

Some info on cast: Rumi is played by Neeta Shetty.
– Neeta was born on 20th June, 1986. She is an Indian Television actress.
– First TV series – Zee TV’s Ghar Ki Lakshmi Betiyann
– Role of Dr Archita in Kahinn To Hoga
– Muskan’s rebirth as Khushi in Tum Bin Jaaoon Kahaan
– Role of Urvashi that of an antagonist in Zee TV’s Parrivaar.
– Read more at her Wikipedia page.
– Soon, she will be seen in SAB TV’s comic horror show – Pritam Pyaare Aur Woh playing the ghost -Sweeteina who have much interests in cookies and sweets.