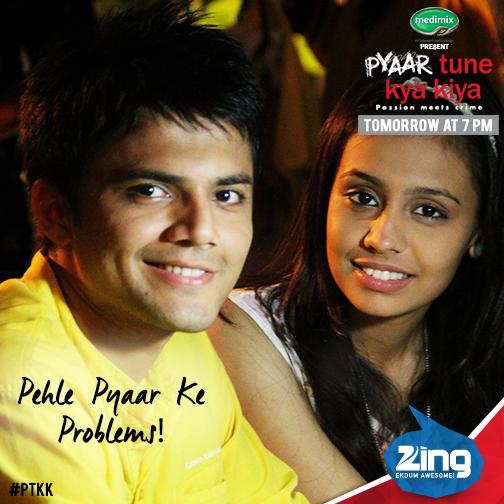 The story is about Deepti and Rohit who are both teenagers. Deepti has a crush on Rohit though at first he is not aware. They hang out together eating icecreams like friends and Deepti feels happy in doing so. Some another time, they spend some good time in rain as well. Sooner, Rohit thinks that she has some crush on him but didn’t thought much about love and they became friends. Soon their friendship was turning into something serious and inching towards love.

He asks her that if she is not ready then he is fine but Deepti who was already swayed in her emotions opens up about her love for him and then both fell in love. Some time later, they went on to study together and there they couldn’t control their love and share intimate and private moments which resulted in her pregnancy. After that event, she feels guilt and becomes worried since if her parents come to know about it then they will feel ashamed. There were more issues challenging them apart from the pregnancy news. Some of them were Rohit’ s own ambitions to pursue studies abroad, societal pressures if pregnancy news is disclosed, and other teenager’s turbulent problems.

Sooner, it turns out that Deepti’s father learns about her pregnancy after finding pregnancy diet advice booklets in her bag and becomes shocked. She feels ashamed and cries in front of him. Some of the questions are, What made Deepti to take that drastic step resulting in her pregnancy, was it only love or her endearing affection for him ? How has Rohit supported her after learning about her pregnancy (favored his own ambitions and neglected her) ? How would Deepti deal with losing her love and on the other hand overcome her perceived guilt ? What were those key elements that didn’t realize the happy ending of their love story ? Stay tuned to Pyaar Tune Kya Kiya this Friday @ 7 PM on Zing TV.

Who wins? #Dodo and #Gattu? Or the man itching his crotch behind? Send in your votes.

* Rohit is played by actor Lavin Gothi
– Recently, played the role of Shivam in Bindass Yeh Hai Aashiqui (Episode 46, 8th June 2014). If interested, read the written update of that episode on our site here.
– Lavin recently played Sammy in Sony’s Bade Achhe Lagte Hain (BALH) and also worked in MTV’s Webbed 2.
– Lavin is a graduate of Anupam Kher’s acting school – ‘Actor Prepares’ and also worked in Katrina Kaif in an Ad commercial of Aquasplash chewing gum.
– Actor prepares is an acting school run by actor Anupam Kher. Know more about it at its website.
– Know more about Lavin at his Twitter page.