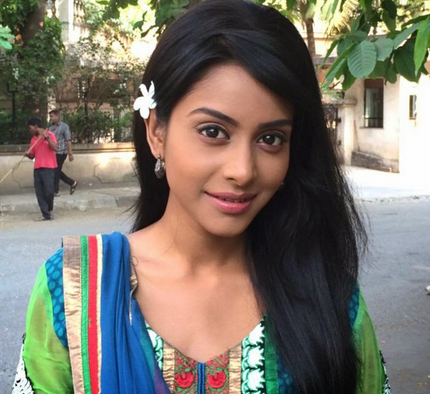 Rachana Parulkar was playing the pivotal lead role of Kalpi in Ek Mutthi Aasman, daughter of a domestic worker Kamla and Vitthal a mill worker. She was paired opposite actor and heartthrob Ashish Chowdhry portraying the character of Raghav Singhania a wealthy business man. In her role of Kalpi, she showered the audience with many different traits of her acting abilities with special reference to her sizzling chemistry with Ashish. There were many romantic moments between them in which her natural acting talent and grace was oozing out and it truly felt that she was expressing all the emotions with her eyes leaving the audience awestruck to find such rare talent. A specimen of her acting talent can be seen in the Holi episode of EMA when Raghav has confessed his love for Kalpi and wants her to accept it. During that iconic scene, the emotions she emote with Ashish were truly remarkable and memorable.  For an elegant actor, there are few qualities which need to be engraved inside and Rachana has all of them embodied in herself. We will write down few of them here.

* Chemistry with the co-lead actor Ashish:  Needless to say again, Rachana’s chemistry with Ashish is rocking and they are an eternal pair (Jodi) on TV till date. You can look good as a pair only if you are ease and comfortable with your fellow actor and in all the scenes with Ashish such camarderie is clearly visible.

* Screen presence: Rachana’s screen presence is quite vibrant, positive, and elegant to the core. Many times it is felt with her sheer presence the scene or sequences were completely driven by her and on occasions went past Ashish in both acting and presence.

* Dialogue delivery: An essential part of acting is the dialogue delivery and Rachana is effortless in it and is a quite hard worker and dedicated in remembering her lines so that she can pull of any particular shot or sequence with ease. Thus, diligence is deep-rooted in her.

* Honesty in acting: Sometimes how much a good actor, as an audience or outsider you feel something is missing in an actor and that quality is honesty. This is more of a perceived attribute which might not be found in all actors, but surely we can see it in Rachana.

* Connecting with the viewers and making them glued: For any TV show or series to make a good mark, there are 3 MITs (Most Important Things) – Connecting with viewers/fans, Story, chemistry between lead actors. So, connecting with viewers is an integral component and any lead actor or actors should be able to do it otherwise doesn’t matter how much a good story or support cast the show might not reach great heights. In this regard as well, Rachana stands out and has reached to millions of fans and found a special place in their heart. Moreover, both Ashish and Rachana have a very good rapport with the audience who roots for them in all time even when the story is going haywire with improper and illogical twists as we have seen in EMA many times specially after the Mahasangram episode in May. They created a term #Twamily on twitter to connect with their fans and feels blessed to be a part of it and in returns get unlimited love from audience.

PART 2 : RACHANA RACHANA….. All the Way, “Take Rachana Back” Or “Give Her Respect and Dignity”

Having said about Rachana’s acting abilities and exceptional talent above, let’s now dvelve into what more could have been explored and got from Rachana which unfortunately the Channel/Show and the creatives didn’t give any serious thought or sincere effort. After the Mahasangram episode when Pakhi was made to marry Raghav and one-year marriage contract, what followed after it was dry sequences with little screen space given to Rachana (Kalpi) and others – Kamala, Pakhi taking the max telecast time. To add more to this gross inequality, the story was progressing at a snail pace with many illogical sequences and the creatives were doing the exact opposite to what the logical next step – RagNa Reunion at the earliest step after that terrible marriage sequence on Mahasangram episode. It has been more than 2 months since a bias was clearly seen with Rachana – less screen space, no dialogues, making her bechari Kalpi and Raghav a dumb fellow, and on top of it no coherent story. Thus, all these months an exceptional talent of Rachana was wasted on one hand, and on other hand millions of fans worldwide were just left with a dragging story and the logical thing and their wish of RagNa union to realize the eternal love story of Kalpi and Raghav was looking like a fleeting dream which still remained incomplete until now. In short, the audience deserved entertainment and they got pain and unhappiness. Any show should serve entertainment which was missing to the hilt. Still, the fans kept their faith and some believe on the show just for the sake of Rachana, her acting talent and her rocking chemistry with Ashish.

As we know already from Rachana’s via her tweet, she has made an exit from the show. We really need to appreciate her sincerity towards her fans since she didn’t kept them in dark about the development at her end. Like always, the producers and the channel didn’t disclose anything and instead spread news on some forums like IF that they didn’t like her acting and tried to bring disrespect to her talent. Moreover, just couple of days ago, we receive tweets from the channel asking Tweeples to RT if they want RagNa union. This show either they are playing with people emotions and not honest at all or the Zee media handling twitter handles is completely out of sync with the production house and their developments. Anyways, true fans of Rachana and Ashish has to suffer whatever may be the case.

So, after publishing news that they removed her because she didn’t fill the bill in acting, we heard that the creatives of the show went on to say that they did research and found acting flaws in Rachana. This is unacceptable to us and what do they mean by research. We don’t buy any of things said about Rachana or her acting talent. There might be personal differences and bias but disrespecting about her acting talent and professional work was not expected from them. Rachana ruled our hearts because of her acting talent which was seen in many iconic scenes with Ashish and also the core acting qualities which we listed above.

In entertainment industry and acting in general, empirical data couldn’t help much since acting has the temporal component which is driven by the actor’s talent, story and the pairing with the co-actor. Moreover, all the key performance indicators (KPI’s) have clearly exhibited Rachana’s talent and acceptability – Social media fans;  Youtube views on RagNa rich episodes and best scenes; universal connect with viewers all over the world; people supported Rachana even with weak plot and story. So, finally we are making a sincere request to the makers and Channel to not question Rachana about her acting talent and abilities and give her the due respect which she has earned with perseverance and hard work. If the channel wants to redeem the show still then take Rachana back with full dignity and honor, otherwise don’t give disrespect to her and shower her with respect and end things amicably which will at least provide some relief to Rachana fans worldwide.

PART 4: Revisiting TellyReviews Raghav-Kalpi’s Eternal Love Story Poll
We created this poll with our article on 26th June 2014 and captured the best romantic moments of Kalpi and Raghav, and we received few thousands of votes with people informing us about their preference and strong interest to the super hit pair of Rachana and Ashish. We will not call it “Research” but at least it is a big statistical sample and empirical data which brings out the honesty and endearing love of Rachana and Ashish’s fans. So, they can’t be wrong which proves that nobody can question Rachana’s acting talent. 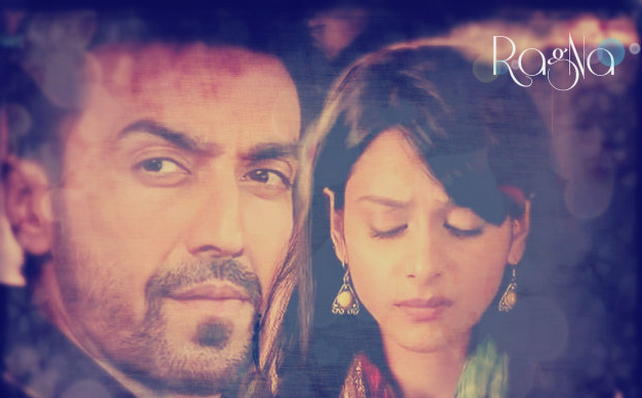