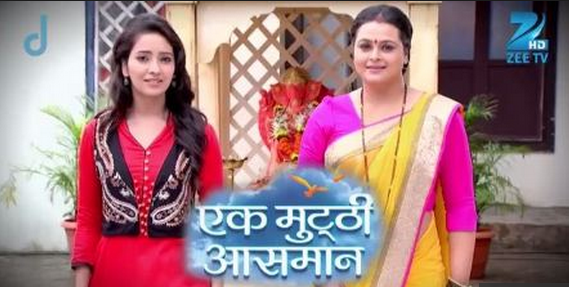 Post Raghav and Kalpi’s car acciddent, and then Ashish-Rachana’s leaving the show, Kalpi’s character got a new name, new house, new family, new face, and a new hero….Badiya Hai!! But same Kamla!! The show looks a bit dragged. Raghav disappeared and even Aladdin’s Genie can’t figure him out, as the makers are not trying even once to rub the magic lamp. If Ashish comes back in the show, it can again start breathing. Kunal Verma as Aryan, is working hard to create Ashish’s charm in the show, but that’s merely impossible, as original remains the original. Same goes for Asha Negi, who has slipped in the role of Suhana well, but can’t justify herself as Kalpi, as her old version was much better. 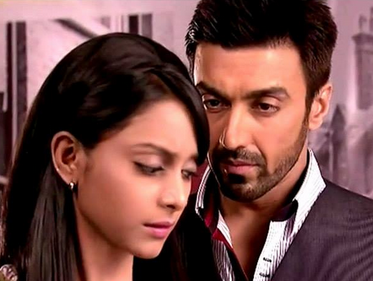 Hitting the TRPs with Aryan and Suhana’s love track, the show is managing to sail, its fine, if it can’t soar now. With fans missing out Raghav and Kalpi every day, and trying to adjust with this new found love story, its not so clear why the makers laid this new rail track, if there are not many trains on the same time. It was not at all needed to bring new roles, without giving a good righteous end to the first couple. They might have given a happy ending to RagNa, and started a Season 2 of EMA, just like others do. But EMA makers have broken many hearts by separating the most loved couple, and placing someone else to fill their space. Rachana and Ashish could have stayed in the show, even if Kalpi had a memory loss, their love story would have still created a great impact on how Raghav reminds her their love moments and revive their memories, and give a reincarnation of sweet moments to the viewers. It’s the fans who have given much support to the show, and sadly, now it’s the same fans who have to bear the unwanted and uncalled sudden changes in the show. 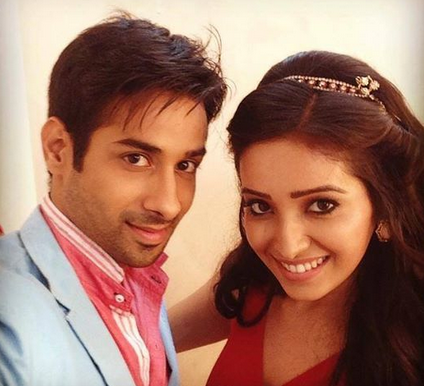 Coming to the new cast, Asha Negi is good as Suhana, trying to make an impact. Kunal Verma as Aryan is a eye treat to watch. His innocence and ‘’never say no to love’’ attitude looks cool enough to draw attention. Aryan’s best act till date was his mesmerized look when he sees Suhana in a red gown in her birthday party. He has given superb expressions and pulled out the fake drunk scene very well, thus making Suhana embarrassed and getting his engagement called off. All this for love, as Aryan deeply loves Suhana and wants to see her genuinely happy. Aryan knows Suhana regards him just a good friend, and does not love him. It makes sense as he does not want to complicate relations with one sided love. But Suhana seems to be confused, as she gets some glimpses of her car accident and is trying to figure out her blankness. Hope Kamla writes some good storyline on her white board and make the track get some sense. The great Kamla has once again don the cupid cap and is now eager to bring out Aryan’s feelings out to Suhana, and make them unite. Kamla is happy that she is still being called Maa, ‘’tagged with Maasi’’ even when her daughter is gone, but Suhana is trying to take her place. Kamla’s search for Kalpi is still on. A strong mother like Kamla, is unable to identify her daughter, being with her most of the time, and seeing her small nuances, gestures and behavior, she is not able to know its her Kalpi. Some great Telly shows had great mothers, who knew their children by a simple look in their eyes and reading everything. But can’t blame Kamla, she is a puppet to the makers.

Kamla is lucky enough to stay in the show with the new cast, and conquer the screen amidst the love story. Suhana’s cute moments are good to watch, but it makes us make miss Kalpi even more. Asha and Kunal are doing great, and fingers crossed to see where they take the show. EMA is now having mixed response, as Asha’s fans have joined in and are encouraging the show to see some really intense true love moments which can shower some stars on them. We have seen Aryan’s love to be very true, and his heart bumping for Suhana, but will she fall in love with him, or stay with the question mark on her forehead has to be seen. Suhana is modern, smart, but lacks in confidence, which makes her dependent on her dad and Kamla. We wish to see Suhana’s character more clear and distinct, just like Kalpi. Kalpi’s role has set a benchmark and hope Suhana reaches there. We wish all the best to Asha Negi and Kunal Verma, and hope to see the best of them. EMA is trying to take a flight again, and with fans still waiting for Rachana and Ashish to be back in the show, we guess it will happen when the makers decide to make a rant comment on the new cast and bring back the old one. That’s all they do, sorrowfully!! The clear thick line between RagNa and Arhana can be said as: RagNa took us high to the moon by their brilliant chemistry and made us see down to the earth, whereas Arhana is still working hard in setting the telescope at right angle to make us see the stars. Keep reading.