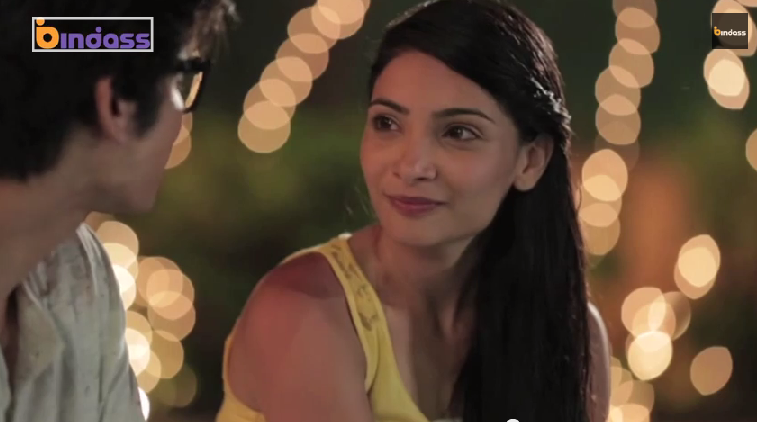 The story is about a boy Jigar and a girl. The girl’s father is an army man and very strict and principled. He has rejected many proposals of boys for his daughter the ones who didn’t fit into his scheme of things. Jigar and the girl meet for the first time by chance when the girl’s car develops a problem in the middle of the road and Jigar was also going from the same place and helps her. It happens that they meet again at her home and face her father’s questioning. The girl’s father asks where they have met before and due to nervousness both give different reply on location. After some volley of questions, he asks Jigar whether he likes his daughter ? With some confidence, he replies Yes. The girl’s father then decides to take some tests of Jigar so as to see whether he is an ideal candidate for his daughter. He prepares some tests and Jigar succeeds in them and soon reaches the final test.

At this point, both Jigar and the girl have developed some feelings for each other. She shows her concern for Jigar by calling to a friend and thinks that he will have hard time in the final test organized by her father. The test might be of rifle shooting or something related to it. She meets Jigar before the final test and he speaks of being very much confident and cites that he has enough courage to succeed and reminds about his own name Jigar which is also synonymous with courage. On hearing it, she thinks he is overconfident on a lighter note. Jigar would be winning that test in all certainty. Later, Jigar and the girl meet and have some good time and both couldn’t leave each other and share nice eyelocks and smiles. Soon, he showers a kiss and leaves while making her awe. Some of the questions are, What made Jigar to say Yes on liking her at the start ? Why the girl gave Jigar the chance to prove his worth as the ideal guy while listening to her strict father ? What the girl’s father has seen in Jigar during all his tests ? Will he trigger approval for his daughter for loving Jigar and choose him as the ideal candidate for her ? Stay tuned to Love by Chance this Saturday @ 7 PM on Bindass.

Info On Cast:
* The girl is played by Actress, model and Sports Player: Kaizeen Daruvalla
– She appeared in Ad campaigns on Channel V India – Indiafest 2014 Flash Me (2013-2014)
– Worked in an MTV show in 2010.
– Recently, Kaizeen worked in Yeh Hai Aashiqui Episode 59 aired on 17th August 2014 portraying the role of Shreyanka, a tennis player and starred opposite actor Nakul Sahdev. If interested, read its WU here.