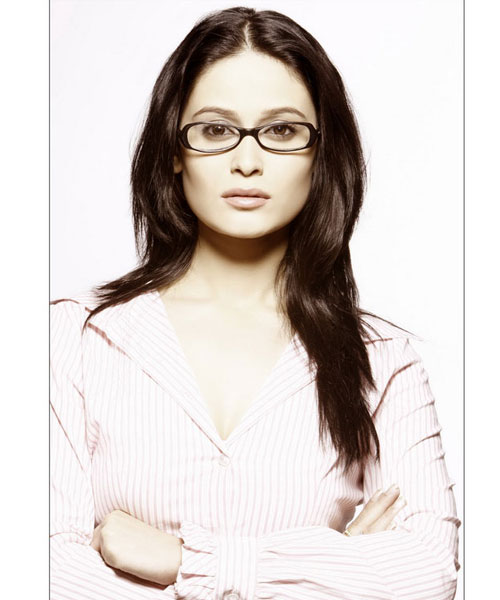 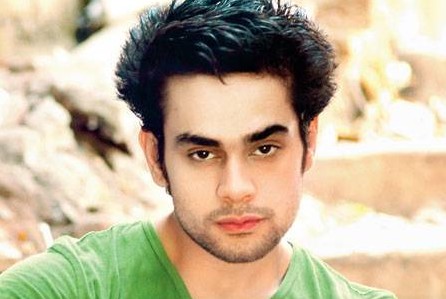 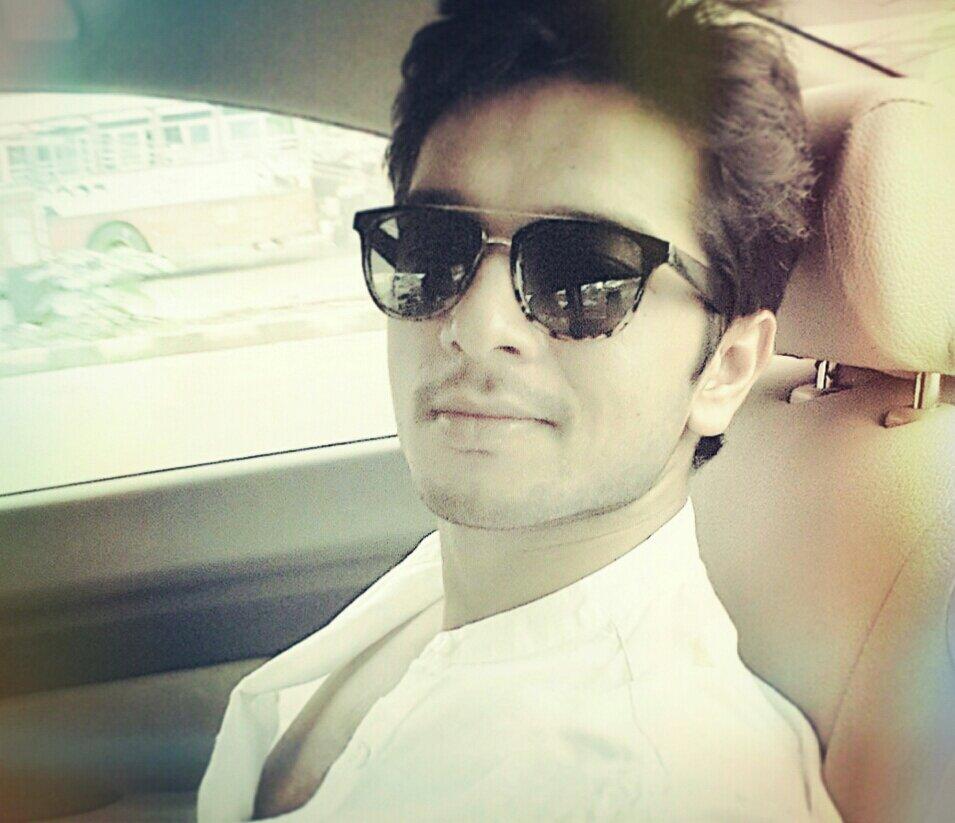 The story starts with Leena’s sister Kaira asking her to take holidays next week for her birthday. Leena replies of not taking holidays since she will get a salary cut. She also reminds her sister on how their parents died after the accident and they didn’t have money to take them to the hospital and also reminds on Kaira’s polio health expense. Thus, she wants to make money for all the necessities. She is an airhostess by profession and leaves to work for the airlines. In the plane, her boyfriend Vijay who is a pilot comes to meet her. She reminds him how he was seen with Maya and suggests that she needs some time and not asking for a break-up. He becomes annoyed and pushes her and she gets hit resulting in some blood oozing out as her lips got a bruise. She shares on how Vijay behaved with a colleague Sasha. Sasha suggests that she needs to ask herself one question whether she feels happiness and feeling of security with him. Leena replies of not knowing and she is reminded on how she has struggled to make money. She speaks of understanding the value of money but she is not after Vijay’s money.

She suggests on not putting her self-respect at stake and for how much time she can listen. Moreover, she also doesn’t want to keep a relationship with a boy who is financially not secure since the burden will fall on her. Sameer – a salesman is about to board the plane and doesn’t buy a pizza since he feels it is expensive. Leena at her end speaks of wishing something positive. Sameer makes his entry in the plane and looks at Leena [Halki Khushboo So Hoo.. Subah Ka Jadoo ho tune plays]. He finds some blood oozing out from her lips and informs her. He thinks its her first flight and because of nervousness her lips got hurt. Sameer comes to know Leena’s smile is fake and asks why and she listens him. An announcement is made and the captain informs that in 2 hrs the flight from Mumbai would reach Delhi. Then comes the seat belt demo and Leena shows to passengers and Sameer tries to follow her and even sees the oxygen mask demo and jacket if plane lands in water. She also informs of the emergency exits and Sameer follows those instructions carefully since he is first time passenger.

Rithvik Dhanjani (the host) speaks that Leena had faced financial crisis before and Sameer is a regular salesman and he came in her life as the wind. He brought smile on her face.

Leena starts serving the meals and she asks Sameer what he wants to eat. He first compliments on her smile and asks her to select and doesn’t need pea nuts as he has allergy. She gives him a veg sandwich and leaves. She goes to the restroom and thinks about the smile comment by Sameer. Soon, she is informed that Sameer is facing some health issue and runs to him. She learns on giving a sandwidch with peanut butter though he has earlier spoke about his allergy. She gives him an injection to remove the effect and he recovers. He is taken to the business class and he rests there. He asks her to keep smiling and the real one not the fake one. He also thinks she is more beautiful if she smiles more. There is an announcement that due to some problem the plane will get diverted to Jaipur and then after 5 yrs the passengers will be taken back to Delhi. After a while, Vijay comes to meet Leena and suggests he over reacted earlier. He speaks of buying an automated wheel chair for kaira and she wants him to not buy her with his money. They confront and he thinks that she will come to him if she needs money and she is with him because of his financial security.

Sameer comes there and Vijay excuses himself. He tries to cheer her but she asks him to leave. He stops her and speaks that she is stressed and he doesn’t like that. She asks why he is concerned about her. Sameer then opens-up and says he has fallen in love with her. She wonders and informs that they just met few hours ago and he fell in love so fast. He speaks of learning that love can happen in few moments and doesn’t need many years. He speaks about a proposal that she needs to spent the 4 hrs which they got in Jaipur as the flight is taking a halt there and he tells her with confidence that she will not forgot those 4 hrs in her entire life. He suggests that money is not so important and asks her to come out of the trap and asks her to get free and fly like a bird.

Rithvik (the host) speaks that Sameer fell in love with Leena on the first sight but Leena at her end was having own problems since her realtionship with Vijay was neither secure nor healthy. She understood about her relationship with Vijay and wanting to opt out of it. Sameer at his end was attracted to her much and wants to see her happy. But the question is whether Leena’s independence was possible and realistic.

Sameer interrupts Leena as she was leaving to the hotel. He asks her to get ready since they need to go out for 4 hrs. She thinks he will spend lavishly on her so as to impress. On that note, he takes out his wallet and informs that he has only 500 INR but he will make sure they will have coffee, different meals and also she will try nice dresses. He asks whether she believes in destiny and requests her dearly and also pampers her. She smiles and speaks of a different feeling which suggests she has agreed to his request. He waits for her anxiously at the lobby and soon finds her there. He speaks of knowing before hand she will come. He speaks of starting their fun outing and asking her first to sit in a trolley for a fun ride. She asks what was such thing and smiles ? He informs her that he has circled her around the world and shows a world replica there. He then takes her to a dressing room and asks her to try a dress. She listens to him and wears the dress and he feels awe to see her and gets lost. He compliments her and says she is very beautiful and takes a selfie. She asks how he will buy a dress with his 500 INR. He replies that with photos she will remember the moment of having that dress. Next, they go to a coffee place and he asks her to enjoy while drinking.

He suggests that small things in life give us lots of fun. She thinks a comfortable life should be there and speaks of coming from a poor family and even her parents died for the same reason. As they are talking, Vijay also reached the same coffee place and looks at them and hears their conversation. She asks about his goals. Sameer replies that he wants to see smile on her face and his goal is clear since he is seeing her smiling and suggests that her goals are vague. He then takes her to a candle light date and she asks where are four different kinds of cuisine. He shows her different kinds of chips which are on table. She thinks he has not spent even 500 rupees. He then replies the question is not how much he spent but what they have done and how much fun they have ? She suggests they cannot have the same fun everyday and calls him a bit childish. He then speaks of a gift and she needs to close her eyes. She agrees and he puts a necklace around her neck. She thinks it is very beautiful and both share eyelocks. Sooner then, Vijay comes there and confronts Sameer and Leena. He informs Leena on how Sameer has sold his laptop to buy a necklace and asks Leena how a small salesman Sameer will take care of her. Just then, she receives a call from a hospital in Mumbai and tells her that Kaira is admitted in hospital after falling off from her wheel chair.

The hospital staff informs Leena on kaira’s immediate surgery and they need 75,000 INR for the same and only then they will perform the surgery. Vijay speaks of helping her and will transfer the money in her account rightaway. But she declines his support and wants to help herself. Rithvik (the host) speaks that Leena got a problem and she needs financially help but was stopping to take money from Vijay. What was her reason ?

She thinks Vijay is trying to help her not by heart and thus doesn’t want to take his help. Meanwhile, in the plane Sameer learns that Vijay has actually played a game with Leena by asking his fellow captain Suhail to make a call to Leena by acting he is calling from hospital and fake kaira’s accident. Sameer confronts Vijay and asks how he can play with leena’s emotions. Vijay gets annoyed and wants to call the security to arrest Sameer. Leena comes there and Sameer informs her that kaira is fine and she received a fake call and was done by Suhail. Vijay accepts on doing the call and justifies it by saying he wanted to prove if something happens tomorrow then how a meagre salesman can help her sister. Leena slaps him on that note and she gives a taunt for opening her eyes and suggests she didn’t thought he will act in that way since she thought he has a good heart. The security team comes and takes Leena and Vijay with them for interrogation as they had a fight on-board. After 3 days, Leena gets a call from the hospital and they inform that Sameer Bagga has deposited money for her sister’s Kiara treatment but she didn’t got admitted so that money is unused.  Sooner then, she receives a bouquet from Sameer at her home and soon meets him as he was leaving the appartment. She calls him mad. He replies yes but in her love. The story ends on that happy note.

Rithvik speaks that love won and Leena got independence. Sameer doesn’t believe in materialistic things but actually is content with small things in life and he was very different and difficult to find boys like him. And it is love which steers people to overcome their problems.