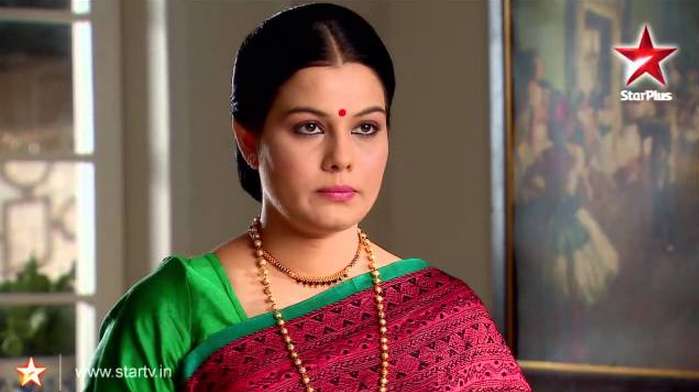 Anjali has been giving mini bolts to Ahilya/Thakur Maa by doing the Holika Dahen and Gudi Padwa at her home. Ahilya gets raged and decides to kill her. Anjali has been talking relieved of her duties seeing how well Sojal is managing and tells Niranjan that she is so happy that even if death comes, she won’t be worried. Niranjan asks her not to say so, and tells her importance in his life, which he has realized now. Niranjan has accepted her with respect and love and very soon the lady will be really going off, leaving Niranjan shattered.

With Anjali facing death, the other track will be revelation in Shlok’s eyes about Indrajeet eyeing Astha all the time and his love confession to Sapna. Shlok gets much angry and thinks to confront him. Shlok’s identity is going to be out soon to Sarkar family, as his ID card with Shlok Agnihotri comes in picture. Poornima will be seen defending Shlok. While, Indrajeet does not know the level of hatred Ahilya has for Agnihotris, Ahilya will try to harm Shlok too. Some high twists will be coming in the show, with Indrajeet adamant to marry Astha. What lies in the store will be interesting to watch. One thing is for sure, that the fans will definitely miss Anjali in the show. Keep reading.