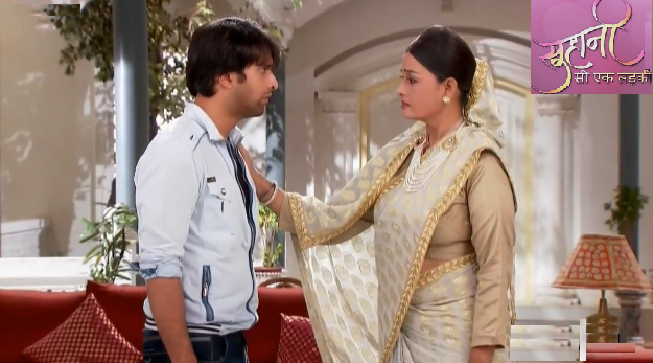 Dadi is leaving no stone unturned in kicking out Suhani. She asks Yuvraaj to marry Soumya, leaving him shell shocked. He gets into thinking how Soumya cheated him and run away with Krishna to secretly marry him and Suhani has always been his good friend with a genuine heart and no fake pretentions. He compares Suhani and Soumya and closes his eyes to see Suhani with him. Dadi asks his decision infront of everyone and he keeps tight-lipped like always. Dadi states that its his yes and announces his marriage with Soumya, saying she will take care of the divorce process. Pratima and Sharad are stunned and feel they have failed. Yuvraaj does not know how to tell Dadi about his feelings for Suhani and still keeps his decision under foil. Soumya’s shameless smile makes the scene even more tragic.

Suhani gets heartbroken thinking what Dadi said will be best for Yuvraaj to marry his love Soumya. Yuvraaj has other plans to expose Soumya and kick her out and he needs time to execute it. His silence hurts Suhani and he goes to talk to her. She has a storm in her heart and she is battling with herself to keep or break the marriage. He holds her hand and stops her. He asks her not to leave the home. He sees her much worried and accepts his mistake that he did not say the truth to her on time. She argues and he gets close to stop her. He asks her to trust him once and give a chance to him to make everything fine. Suhani gets hurt in the arguments and he cares for her feet. He puts water on her feet and she still looks upset. She wishes he too loves her and thinks she should not expect it. Suhani is not aware that the feelings got mutual and he too wants her to be in his life forever. When will Yuvraaj speak up? Does he need any mic or any hit on his back to bring his feelings out? The drama is increasing and Suhani’s patience is tested a lot. Keep reading.