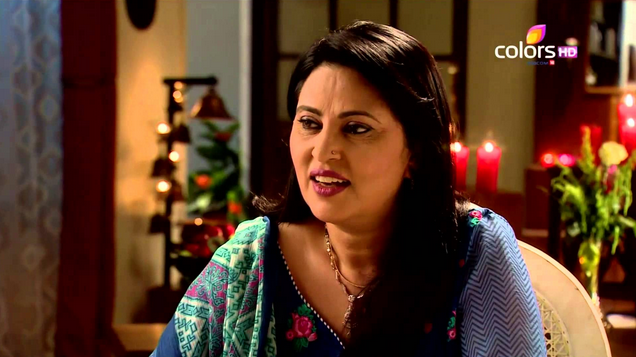 Minty is one such bad example of mother, shown these days on Telly. She has never been good to her sons and did not show Neil the right path, after she failed to manipulate Rajat. The new twist in the show is Devyaani and Neil’s marriage. Neil does not wish to marry Devyaani and seeks help from Minty. Minty did not scold him for his affair and now supporting him in ruining Devyaani’s life, by changing the groom in last minute and to make Devyaani marry some random guy.

Minty pledges that she will not let Neil and Devyaani marry, and does not include Astha in her plan. She hires an actor and sends same sherwani as Neil, asking him to take Neil’s place in the mandap. She tells her plan to Neil and he gets worried for Devyaani. Neil starts thinking of Minty’s plan being too much and this could ruin Devyaani’s future. Neil thinks about Devyaani being his good friend and his love for her, and could not imagine how Minty will be hurt if he goes against her now. He gets into a dilemma to save Devyaani or obey Minty. Devyaani tells Alka that she has an intuition that something wrong is going to her with her. Anu tries to find Minty’s plan and keeps an eye on her. Minty thinks this time her plan will not flop, and does not think of the consequences and Sareen’s reactions. Will Anu be able to save Devyaani from Minty’s biggest plan? Will Neil realize his mistake and act on time? Keep reading.