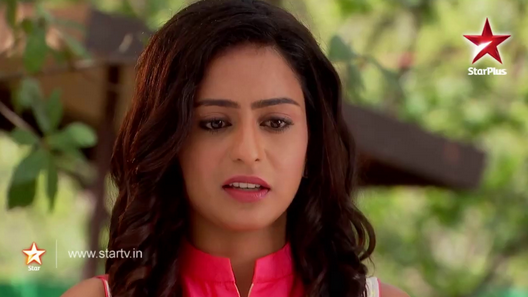 Yuvraaj and Suhani’s secret meetings to make plans against Dadi and Soumya get hidden by Pratima and Sharad’s constant support. Yuvraaj meets Suhani and tells her how she has hurt Pankaj by her anger. He tells her that her anger is justified after she felt cheated, but asks her to think being in Pankaj’s place. He says her dad loves her a lot and people make mistakes falling weak in children’s love. He asks Suhani to talk to Pankaj and end the annoyance for his sake. Lata and Pankaj get glad to see Suhani come home. Suhani forgives Pankaj and tells them about Yuvraaj supporting her and her plans to outdo Soumya. Soumya sees Yuvraaj and Suhani close and he again fools her by bringing a comparison. Yuvraaj gives next task to Soumya to take care of Pratima and impress her.

Pratima tells Soumya that she will never accept her as her bahu which irks Soumya. She loses her temper and misbehaves, which makes Soumya fall in everyone’s eyes. Dadi asks Soumya to prove herself better than Suhani, else she will kick her out of Yuvraaj’s life. Dadi feels Yuvraaj is more happier with Suhani serving his family well, whereas Soumya is just giving tension to Yuvraaj by being incapable. Yuvraaj tells Suhani that they are close to their aim now. Soumya realizes Krishna’s worth who treated her like a princess and thinks about him. She tries to reach his letters and is stunned seeing the letters missing from her cupboard. Will Dadi’s truth to manipulate and break her marriage come in light? Keep reading.