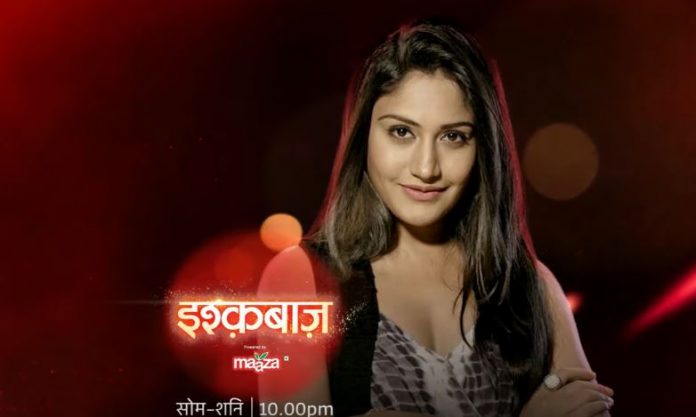 Pinky is angered as many problems flowed in. Jhanvi is not sure that Tia is pregnant. Pinky says the pregnancy reports are positive, and why would Tia lie. Jhanvi says Shivay is not saying its his child, he has doubt, if he wants to clear the doubt, then let him clear his doubt.

She suggests Pinky to give some time to Shivay. She says Shivay is already in tension, we should support him. Pinky worries as Shivay did not eat food since one day. Anika hears Pinky. Pinky is hurt to see her son in tension. Sahil asks Anika what will she do, Shivay is not having food. Anika asks Sahil to suggest something. Anika says I have to do something to bring him out of tension. Sahil asks what will you do. Anika thinks of something. Media catches Tia to ask about her pregnancy. Tia declares her pregnancy news in the media, which gives more tension to Shivay. Tia tells media that Shivay and I are happy with the baby news. She asks media to give them some privacy.

Shivay understands Tia is doing this purposely and is upset. Shivay denies that its his child. Tia says I can’t believe Shivay is refusing his own blood, when he always tells about family line and blood. She lies that she has got the DNA test dne so that he does not have any doubt. Shivay checks the DNA reports and get shocked. Tia asks Shivay how can he refuse to accept their child.

Tia gets DNA fake reports to prove its Shivay’s child, when Shivay does not agree that its his child. Tia makes Shivay believe that its his child. Shivay says I tried to recall, but I don’t remember anything, its fine if its my mistake, I will accept the child. He is ready to accept Tia and their child. The family wonders if Shivay will leave Anika now. He does not want to run away from responsibility.

Anika gets upset with Shivay’s decision, as he has made Tia’s plan succeed. Tia and Anika’s fights will be seen. Anika asks Tia to be careful of her, as she will expose Tia soon. Anika taunts Tia and shows her slippers to insult Tia. Anika will try to expose Tia, and Tia will try to get saved. Their clashes will be seen more now.

Anika tells Tia that slipper is better than Tia. She says her slippers have more shame than Tia. Tia tries to seek sympathy from everyone. Tia asks Anika not to dare to say anything, as its proved by tests that its Shivay’s child. Anika has complete faith in Shivay and can’t believe its Shivay’s child. Anika tells Tia that she will never accept any reports. Anika challenges Tia that she will prove Shivay innocent. Anika says I m Shivay’s wife, and you are my Sautan, I will show your right place. Anika finds its Tia’s plan to make Anika away from Shivay’s life. There is constant clash between Anika and Tia. They both hate each other. Anika has sworn that she will bring out Tia’s truth. Will Anika succeed? Keep reading.