Yeh Rishta Kya Kehlata Hai:
Naira promises Dadi that they will soon find the right guy for Kirti. She says we will get Kirti married to someone whom she chooses by her heart and willingness. Kirti gets concealing about her feelings. Naira asks Kirti who is her prince charming. Kirti does not share anything, out of fear. Dadi realizes Kirti’s love for Naksh. Dadi tells Naira that they have found the guy suitable for Kirti, someone whom Kirti has chosen as her life partner. Naira and Kartik get surprised and ask who is the lucky guy. Dadi tells them that its Naira’s brother Naksh. She shows her interest in getting Kirti and Naksh married. Dadi convinces Manish and Suwarna for the alliance. She asks Naira to take the alliance to Singhanias from Goenkas side.

Meri Durga:
Durga achieves victory in the national running competition, but soon her happiness gets ruined when Durga gets framed in a drug case. Annapurna and Yashpal stand up for Durga, but face much humiliation. Everyone get mistaken that Durga has cheated everyone by taking steroids to ensure her victory. Durga fails to prove she is true. The villagers disrespect Durga’s family and beat them up. Sanjay feels frustrated about Durga, and yells on her for breaking his trust. Durga pledges to never run in any race in her life. She burns her sports certificates and gives up all hopes. Durga turns studious, limiting her dreams of becoming a national runner. The show will take a huge leap, where grown up Durga will be seen supporting her family. 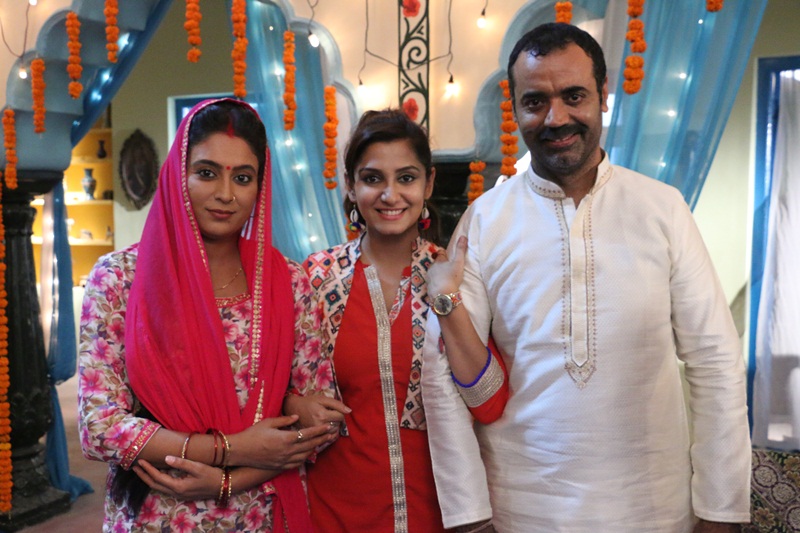 The brothers have a tough time managing the little baby. The baby cries much. They try to console the baby. Rudra gets a pillow cover to put the baby in. Shivay and Omkara find Rudra much stupid. Rudra dances to calm the baby. He gets tired of dancing. Shivay hands him over water. Omkara asks Shivay to check the baby’s clothes. Shivay asks baby to get quiet and have water. He says this baby is troubling me like Anika does. Rudra gets the clothes for baby. Rudra asks the baby to see new pair of clothes and get happy. They try to change the baby’s clothes.

Saathiya gets a happy ending. Bhavani, Sameera and Pinku kidnapped Gopi and Sita, and left them to die. Ricky goes to save Gopi and Sita. Sameera points gun to shoot Ricky, but Gopi sees her. Gopi pushes Ricky and saves her. Gopi get shot. Ricky catches Sameera. Gopi gets fine after the bullet shot. The family gets united. Ricky and Sita get married in the family’s presence. They take the seven rounds happily. Kokila and Gopi succeed in all their duties. They bless the newly weds. Kokila thanks the Lord for keeping her family prosperous. She is proud that Gopi has come in her life as bahu.