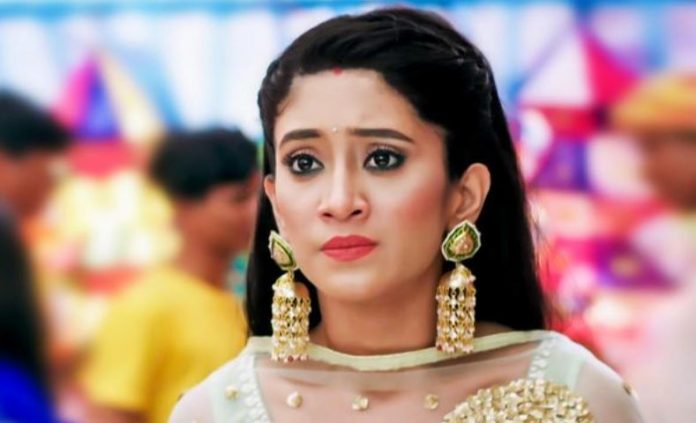 sends Kartik to the same apartment where Naira lives. She hopes that Kartik and Naira meet. She informs Manish about her plan. He also gets fingers crossed, hoping something good eventually happens for KaiRa. Suwarna gets stressed knowing Kartik didn’t reach the hotel. She tries to connect to him to know his whereabouts. Suwarna and Surekha have a clash at home. Suwarna doesn’t allow Surekha organize a party at home for Lav and Kush. Surekha feels humiliated in front of her friends when Suwarna decides everything at home. Surekha confronts Suwarna for not thinking good for Lav and Kush, who also deserve some place and rights on the house. Suwarna explains her that she has refused for the party to ensure their safety.

She doesn’t want to repeat the same mistake as she has done before by trusting Naira in Shubham’s matter. She asks Surekha to look after her sons on her own and not invite others’ children, as its a big responsibility to secure life. Their arguments get on increasing. Their husbands get to see their clash.

Manish and Akhilesh try to normalize their fights so that the house doesn’t break. Surekha fears for Kartik’s life as Suwarna is ruining it because of her hatred for Naira. Manish tells Suwarna that Naira wasn’t at fault in Shubham’s case. He refuses to accept the blames on Naira, as she had been wishing good for Shubham. He asks Suwarna not to risk Kartik’s life by being so stubborn.

Suwarna tells him that Kartik means her world and she would not allow anyone to hurt him. Manish wishes she understands her mistake, as she is the one ruining Kartik’s happiness right now. Manish fails to make her understand. Meanwhile, Naira and Kartik reach to her apartment. Kartik gets stuck when the lift stops midway. Naira senses him in trouble. She unknowingly helps him by calling the watchman to open the lift. Naira and Kartik have a hit and miss again. Kartik informs Suwarna that he is fine and heading to hotel, while Naira informs Naitik about her admission. Naitik wishes Naira gets happy like before. Naitik understands Naira’s real happiness lies in Kartik. He prays that Kartik returns in Naira’s life.