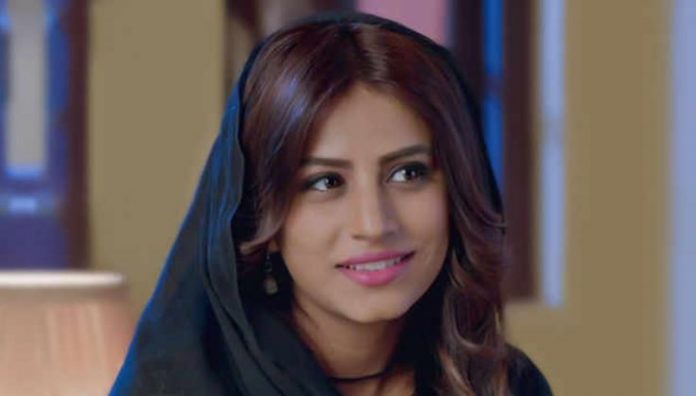 Nimki asks Sweety to take food for Abhimanyu. The family learns that Sweety has taken the food and met Abhimanyu. There is a big storm in Tetar’s house. Nimki and Babbu get into an argument. Babbu throws things at her. She gets saved. She tells him that he can get caught in dowry case if he shows such attitude. Babbu scolds Sweety for going to Abhimanyu’s house. Sweety’s husband threatens of divorcing her.

Nimki takes a stand for Sweety. Babbu asks Nimki to get silent. Nimki asks him not to get much violent, there is no need to throw things, she never saw such madness before, as her dad has raised her with love in a calm atmosphere. Nimki doesn’t like Babbu and Tetar family’s behavior. She never faced such disgrace. It gets shocked for her. She handles the things in a smart way. Sweety gets on Nimki’s side. She feels the family isn’t doing right with Nimki. They both become friends.

Nimki enters Babbu’s room, which angers the family. Tetar and Anaro get insulting her and want her out of Babbu’s room. Nimki deals with them and makes a call to Nahar Singh to insult them. She threatens them indirectly, while telling Nahar Singh that Tetar makes her stay in a servant quarter. Tetar worries when she joins hands with the opposition party. He lets her stay in Babbu’s room to save his pride. Anaro gets unhappy on losing to Nimki.