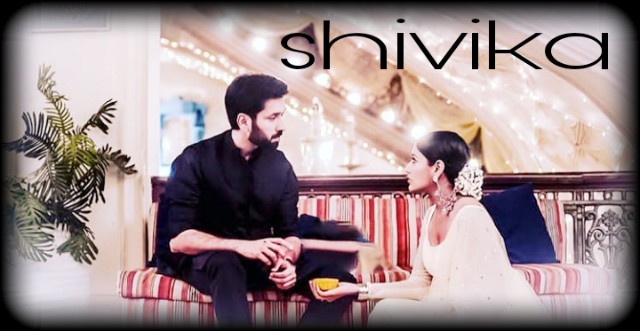 Anika goes back home. Gauri helps her get rid of the hangover. Shivay makes black coffee for himself. Omkara and Rudra try asking him what happened the last night. Shivay and Anika forget whatever happened between them and tell their siblings that they don’t remember anything, and nothing worth mentioning happened. Daksh asks Priyanka for Anika. Priyanka asks Anika to assist Daksh. Anika looks for her phone. She gets worried when she loses her phone. Daksh notices that Shivay and Anika are secretly communicating. Daksh follows them to spy on them. He learns that Shivay and Anika were in the same room last night. He thinks to use this news against both of them. Shivay tells Anika that he doesn’t remember anything, so its better they forget it. Anika agrees to him.

Daksh gets happy that he got a big news to manipulate against Anika. He spies on Anika and realizes that she is gathering proof against him. Anika gets close to get proof against Daksh. Daksh turns angry that she isn’t sparing him. Priyanka takes Anika for urgent work. Daksh enjoys the game and gets Anika’s phone. He gets a big surprise when he sees Shivay’s confession recorded in her phone. He feels the world deserves to know the breaking news. He thinks the video will take the game to a new level. He sends the video to Shivay and the media as well. Journalist Sunil Tyagi gets the video from Daksh. He tries to bargain with Shivay about the video. He tells Shivay that Oberois’ pride can’t be saved now, as Shivay has himself confessed his parents’ truth in the video. He asks Shivay how will he deal with the sensitive issue this time. He threatens Shivay of making the video viral.

Anika goes from the house to find the evidence against Daksh. She doesn’t know about Shivay’s troubling phase. Daksh offers help to Shivay. He tells Shivay that he wants to share his problems, as he is family too. The reporter asks Shivay to tell the matter to Daksh, as this time he is having an upper hand. He reveals that Anika has sent him the video. Shivay can’t believe it. He sees Anika coming home and doubts on her. He can’t believe that Anika has sold the video to him for a big price.

Daksh plots everything to make Shivay against Anika. Daksh tells Shivay that Anika is a gold digger, she is playing with their emotions. He asks Shivay to think of Priyanka’s sorrow, if she happens to see this video. Shivay gets ready to pay money to the reporter in exchange of the video. Daksh begs to the reporter to get the video. Shivay gets grateful to Daksh for convincing the reporter to delete the video. The reporter deletes the video and makes Shivay remember his big favor on him. Shivay gets a big relief. Daksh reveals to Shivay that Anika tried to woo him and acted helpless to gain his sympathy, she even spoke to self-respect and hardwork to impress him, but he didn’t let her succeed in his aim. Shivay thinks of his moments spent with Anika.

Daksh warns Shivay against believing Anika, who is just a mistress’ daughter. He asks Shivay not to fall in Anika’s charming trap, since she can stoop to any level. He tells Shivay that Anika has done much wrong to leak his personal video. Anika reaches Shivay to prove Daksh’s fraud. She asks Shivay to break the alliance of Daksh and Priyanka. Shivay doesn’t believe her.

Furthermore, Shivay rebukes her for leaking his confession video and trying to break Priyanka’s marriage. He tells her that he was wrong to think that she is concerned for Priyanka.holds her responsible for selling the clip to the reporter. He vents out anger on Anika and commands her to leave from his life. Shivay throws Anika out of the mansion. He doesn’t listen to anyone. He doesn’t give Anika a chance to defend herself about the video leak. He fires her from work and asks her not to come back ever. Anika tries hard to stop Daksh and Priyanka’s marriage.