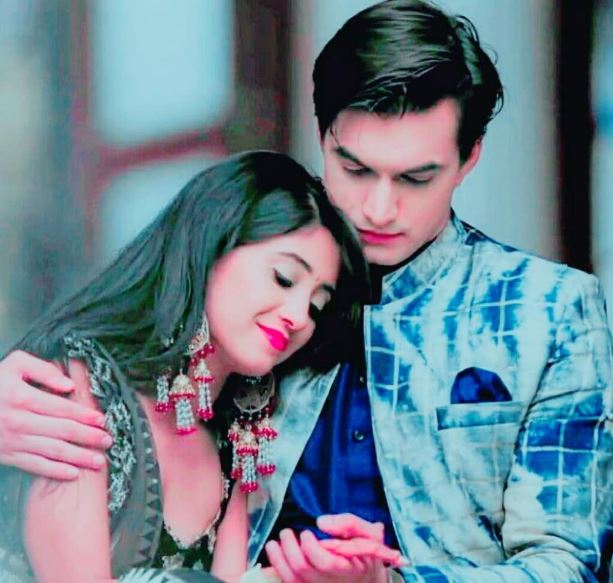 In Yeh Rishta Kya Kehlata Hai, Kartik and Naira get dress up like groom and bride again, because of Kirti’s efforts. Kirti wants them to recollect their marriage and get together. Naitik wishes Kartik and Naira unite again. Kirti makes Naira do Anmol’s tilak. Rukmani gets pressurized for the payment. Rukmani doesn’t want anyone to know that she bought all the jewelry, instead taking on rent. Naira does Anmol’s tilak and asks them to go ahead with the baraat. Kartik does all the arrangements for welcoming baraat. Lav and Kush remind Kartik about his baraat and marriage. Kartik recollects Naira and gets emotional. The lawyers decide to meet Kartik and Naira, and get ahead with the marriage preparations.

Anmol brings the baraat at Mansi’s house. Everyone welcomes Anmol and his family. Lav and Kush break the truth that Mansi has run away. Ashi reads out the letter left by Mansi.

Everyone learns that Mansi got scared of the marital bond, when she has seen a failing marriage of Kartik and Naira. Mansi gets insecure that even her marriage won’t stay. Surekha gets angry on Kartik for putting up all the drama and upsetting Mansi by his divorce. Manish tells Surekha that Mansi has done right to run away, since she will also not value marriage and take divorce after few years. He tells that its better that Mansi left from home.

Rukmani tells Kartik and Naira that everyone regarded them a perfect couple, and their divorce has hurt many hearts, they have broke their expectations and hopes by breaking their relation. Naksh asks them not to waste time and find Mansi.

Naira wonders if Mansi is still at home, as she didn’t go out of the house. She finds Mansi and informs Kartik about her. They find Mansi crying in fear, since she loses her belief in the institution of marriage. She apologizes to them and tells them that issues can crop up between Anmol and her too, she doesn’t want to divorce Anmol for any misunderstanding, its better that she doesn’t marry. Naira asks her to trust herself and Anmol.

Kartik tells Mansi that she trusts Anmol so the matter reached to the marriage point. They encourage Mansi to go ahead and marry Anmol, everyone doesn’t have same fate, such fears arises in people’s mind, but its foolish if she gets scared and steps back. He asks Mansi not to give up, as its not a solution. Naira tells Mansi that hope should always be intact. Anmol meets Mansi and promises to her that he will always keep her happy. He confesses his love and asks her to believe him. Mansi happily returns to the mandap.

Rukmani takes some cash from Shagun. Lav and Kush see her and misunderstand. Kartik and Naira get to see their marriage memories in the storeroom. They shed tears, but don’t break their silence. Their ego issues refrain them from talking. Lav and Kush call them for the marriage rituals. Kartik and Naira get into a bitter argument and finalize their divorce, ruining the family’s happiness. 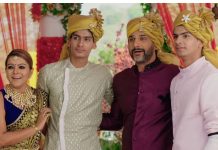