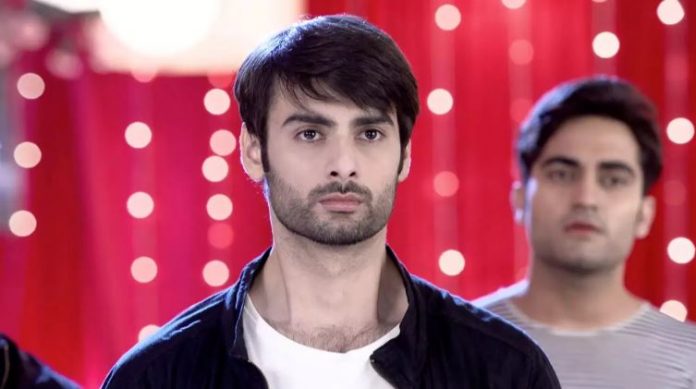 Sanchi spots Naintara everywhere, while Veer isn’t able to see the spirit. Veer gets worried for Sanchi and looks for her in the hospital. He finds Sanchi talking to Naintara. He asks Sanchi whom is she talking to, is she fine. Sanchi doesn’t tell him anything, since she has no proof about Naintara’s presence around them. She wants to fail Naintara’s planning. Naintara tells Sanchi that she will not leave Anand’s family. Sanchi says I couldn’t save Priya, I won’t let anything happen to Gayatri and others. Naintara says its impossible to defeat me, you can fight with me, its getting more fun to play with everyone. Sanchi realizes the divide and rule game Naintara is playing with them.

Sanchi tells Naintara that she will end the evil game, she will face the spirit’s evil power and save the family. Naintara threatens Sanchi. She tells that Sanchi can become her aide, instead becoming a shield for Malhotra family. She says your are trying to save them, but you shouldn’t come in my way, I have no enmity with you, and you should better let me fulfill my revenge.

She dislikes Sanchi coming in her way and creating hurdle. She doesn’t want to harm Sanchi. She says this is my revenge, I m warning you for the last time, get away from my motives. Sanchi tells Naintara that she will not let anything happen to her family, she can risk life to save them. Naintara says you will be responsible for everything now, if you want to fight, you can give it a shot. Sanchi challenges Naintara to do anything she wants. She says no wrong will happen with anyone now, I will limit you to this room. Naintara doesn’t think anyone can stop her.

Naintara takes different disguises to put Sanchi in confusion. Sanchi gets alert of Naintara. She realizes that Naintara’s evil powers are just restricted to the hospital limits. She wants to take Veer and his family out of the hospital to save their lives. Naintara attacks on Sanchi. Veer gets to see Naintara and receives a big shock. Naintara tells them that they are mortals and she won’t leave anyone. Veer gets affected by Naintara’s evil and falls unconscious. Naintara’s past and sufferings will be shown in flashback. Sanchi will learn the motives behind her revenge.