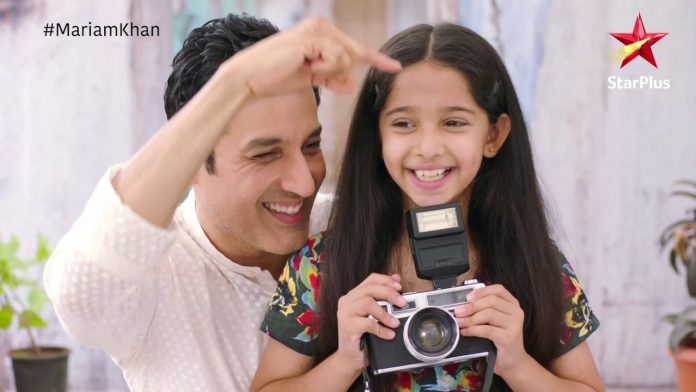 Aayat calls Rifat to ask her about welfare of her family in Bhopal. Rifat tells her that Majaaz is stuck in problem. She refuses to help Aayat. She doesn’t care for anything. She tells Aayat that Majaaz’s bad time has started. Mahira gets angry on the officer for killing Rihaan. She tells them that Rihaan wasn’t any terrorist. Aayat asks Rifat to talk to Mariam once and end her worries. Rifat tells Mariam that everything is fine and she will give her message to Majaaz. Aayat promises to make Mariam talk to Majaaz. The goon shoots the police, but the doubt comes on Majaaz. Majaaz didn’t know that a goon was hiding in his house. Police shoots down the goon. They get the blueprint with Majaaz’s picture on it. Majaaz gets trapped. He gets suspected by police. Majaaz tells them that he is going to get his daughter. Majaaz gets framed. The family can’t believe the series of events.

Majaaz explains that he isn’t a terrorist. Mariam goes for the operation and misses Majaaz. The operation gets successful. Aayat gets happy that Jibraan got fine completely. She tells Nawaaz that she will send Mariam with Majaaz any time he comes to pick her. Majaaz gets arrested by police.

Mahira cries for Majaaz’s arrest and Rihaan’s death. Rifat learns that Rihaan has been shot to death by police. She gets worried by the shocking news. She didn’t wish Rihaan to die. Zain informs her about Majaaz’s arrest. Rifat doesn’t want anyone to know that she has done everything. She doesn’t want her truth to go out. Farhaan gets the news of his aide’s death. He fears that he will be falling in danger. He gets caught by his team mates. Mariam worries for Majaaz. Mariam tries to call Majaaz. She learns that Farhaan is in huge trouble and goes to help. Farhaan asks for one last chance. Mariam learns Farhaan’s planning to frame Majaaz.