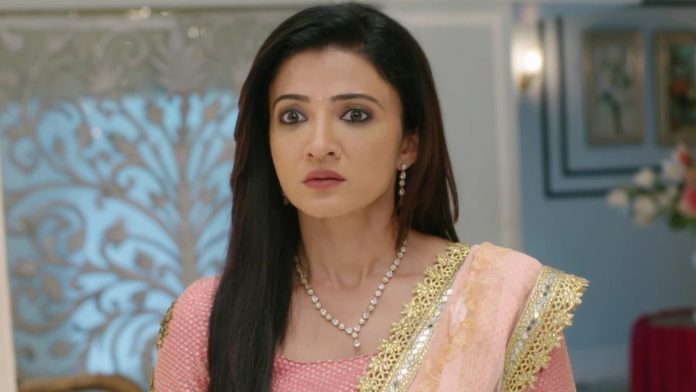 Aapke Aa Jane Se: Vedika declares an open war with Agarwals…. Vedika goes after the goons to save Ved. Badi Amma fakes concern and asks Sahil to get Ved back. Ved’s life falls in danger. The Agarwal family gets worried. Bhoomi takes a big step and declares to media that she will commit suicide if Vedika doesn’t return her son. Vedika fights with the goons in order to save her son Ved. She doesn’t want anyone to snatch her son away. She gets into angry avatar. She stops Badi Amma from kidnapping Ved. She doesn’t spare anyone. Ved gets emotional seeing her love and hugs her, calling her mum. Vedika has got her son after five years. She doesn’t want to lose him. She declares an open war against Sahil, Bhoomi and Badi Amma.

Sahil is trapped in Badi Amma’s conspiracies. Badi Amma doesn’t want Vedika in their lives. Vedika and Sahil have clashes regarding Ved. Vedika asks Sahil why did he hide the truth from him when he knew everything. Sahil feels guilty.

Vedika is ready to do anything to teach them a lesson. She restrains them by using laws. She wants to win the battle by getting her son back. Ved realizes his special connection with Vedika and tells Sahil that he wants to live with her. Bhoomi feels sorrowful that Ved will get away from her. Bhoomi tells him that she has raised Ved and has equal rights on him. Sahil gets in dilemma over supporting Vedika or Bhoomi. Badi Amma creates differences between Vedika and Sahil again. Vedika tells Badi Amma that she will succeed to mend everything.