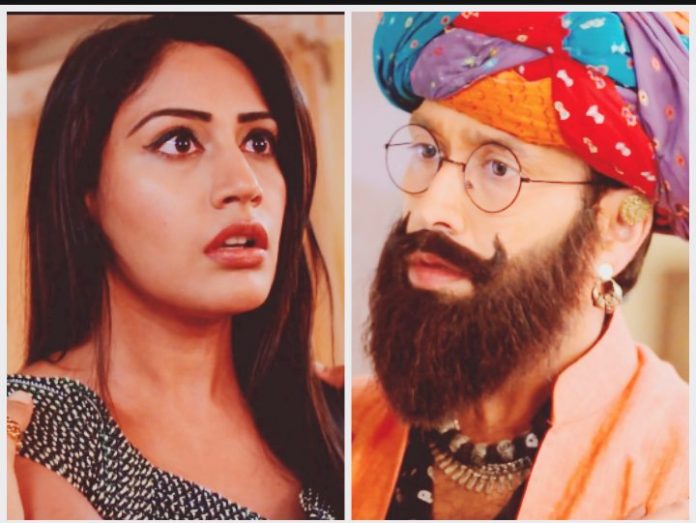 Ishqbaaz: Mohit to catch Anika romancing Majnu Awara… Rudra and Bhavya have similar clashes once again. Bhavya tells him that she is helpless to live with the family to find the culprit and solve the mess. She clears his misunderstandings. She asks him not to irritate her. Shivay cooks food for the family. Tej asks Bhavya to find Shivay, nab him and put him in the jail since he is a criminal. The family disagrees with him. Bhavya tells Tej that she is working on the case and she will find the truth. Shivay asks them not to fight and have food. Mohit tells Bhavya that Shivay had a murder motive, since he was attracted towards Nancy. Mohit stains Shivay’s character, which angers Anika. Bhavya tells Mohit that the family testified vice-versa and Shivay can’t be held responsible by one person’s statement. She asks Mohit not to force his opinion to shut the case soon. Anika romances Shivay, and tells him that he is looking really cute in Majnu’s disguise.

She wants to become his Laila. Mohit overhears Anika and Shivay’s conversation, and realizes the big truth of their affair. He gets mistaken that Anika loves Majnu. He finds a way to tell Bhavya about Shivay’s motive. He tells Bhavya that Shivay and Anika has no terms of a normal husband and wife. Bhavya asks Mohit how can he prove this. She knows that Anika loves Shivay a lot. Mohit tells her that Anika has an affair with Majnu. Bhavya asks him not to stain Anika’s character this way. She disapproves his statement and asks him not to get mad for justice. She wants him to be patient. Mohit thinks to get proof of Anika’s affair with Majnu. He spies on them to catch them romancing and recording their moments to show Bhavya.

Mohit catches them red-handed and feels he is close to get the proof. Anika and Shivay get lost in romance, and don’t realize that Mohit is watching them. Mohit rushes to Bhavya to show her Anika’s romance with Majnu. Mohit fails to prove himself. Bhavya asks Mohit to take some rest and calm his mind. Mohit fails in his own plan. Omkara and Rudra try to gather clues. Shivay asks them if they saw any weird thing in the pictures. Shivay wants to know who has replaced him on that night and killed the woman.

Anika tells them that they should find Nancy to prove Shivay’s innocence. Mohit ignores Nancy’s call. Nancy repeatedly calls him and asks him for money. He gets troubled by Nancy. He promises to give her money. Anika takes Shivay’s Manju avatar and teases him. She tells him that she also wanted to try his avatar. Shivay tells her that she looks really beautiful. She asks her for his Pagdi. Mohit spots them again and wonders why did Anika Anika wear Majnu’s Pagdi. Anika sings, dances and romances Majnu. Mohit records their romance to send the proof to Bhavya. Anika and Shivay realize Mohit spying on them.