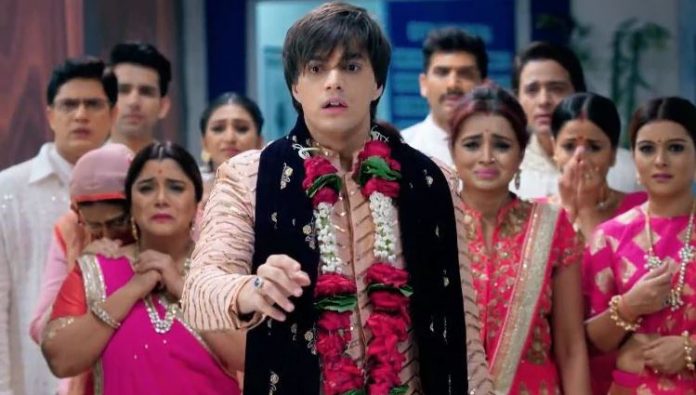 Yeh Rishta Kya Kehlata Hai: Kartik instills hope to revive Naira.. There is less time to fight more problems. Kartik battles with time, while Naira battles with illness. The family prays for Naira’s well-being. Naira’s surgery faces many obstacles. Singhania and Goenka families manage to stop the ongoing protest by the peace breakers. They teach a lesson to those protesters and make them apologize for their big mistake. The protesters didn’t think for anyone’s life and just came to shut the hospital. The families worry for all the patients, not just Naira. They also try to help the patients of the hospital. Kartik also gets hurt in the process of restoring Naira’s life by switching on the power supply. He fights with the power outage by much difficulty. While the time slips out of his hands, he manages to plug the generator in the last few minutes, so that the surgery resumes and completes on time. Naira gives up and drops her hand during the surgery.

The doctors also encourage her to fight back and try to boost her self will. Kartik learns about Naira not responding to the treatment. He wonders if he got too late. He still keeps hopes and reaches her. He asks her to fight back with her illness, being his tigress. Kartik begs her to return to him, like always. He wants to see her fine and happy. He starts telling their love story to revive Naira. There is a big emotional moment between them. Kartik asks the doctors not to lose Naira at any cost. He wants Naira back and gets shivering in fear. Doctors seek Kartik’s help in instilling hope and will power in Naira. Doctor finishes the surgery and informs Kartik that the operation was successful.

Kartik and family members get too happy hearing the good news. Kartik gets indebted to him and hugs the doctor. Kartik recollects the doctor’s words that Naira has to be attended right away, and they can’t take Naira to Singapore for surgery. The entire family gets thankful to the doctor for treating Naira well, by his sincerity. They thank the doctor and medical team to do their duty in such a tense situation. Doctors have also shown bravery by going against the protest and continuing the surgery. The hospital staff also thank Singhania and Goenka women are taking a stand for the hospital and all patients. All gets well for Kartik and Naira. Doctor tells them that Naira will get fine very soon. There will be two month short leap in the show.

Naira and Kartik will be seen living a happy future. Naira becomes a bride for Kartik yet another time. Naira rests at Singhania house after the surgery. They plan her Bidaai after two months. They make Naira ready to send her with Kartik. Naira clicks her pictures and sends to Kartik. She gets happy to return to Goenka house. Kartik and Naira finally get their happiness.