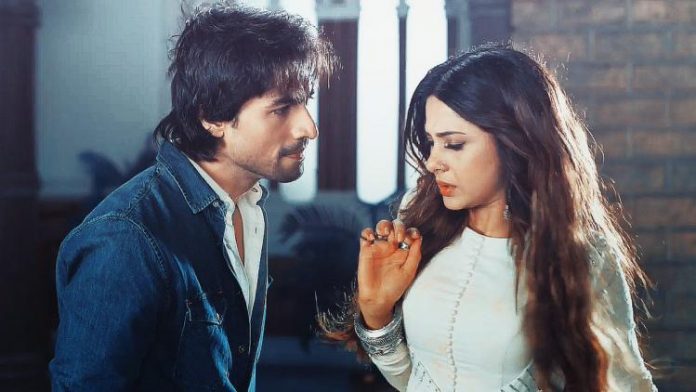 Bepannaah: Big Shockers for Zoya and Aditya… Zoya wants to find Wasim. She succeeds to track her father by realizing the meaning of the clues. She faces her enemy Rajveer while she struggles to save Wasim. Zoya didn’t imagine Rajveer will make a return in their lives to create a havoc. Zoya gets shaken up when she sights Rajveer. Rajveer had been after Zoya and Aditya’s lives before. Zoya’s absence worries the entire family. Arjun shares about Zoya and Aditya’s troubles. Anjana doesn’t want her sons to be worried for Zoya. She feels Zoya is responsible for all the problems. Arjun tries to wrap up the matter.

Rajveer confronts Zoya for losing out on her goals. Rajveer gets uttering nonsense. Zoya doesn’t understand anything. Zoya asks Rajveer to stick to his sanity. Rajveer frames Zoya and tells her that he has planted her in Aditya’s life just to take revenge on him.

Rajveer imposes all the revenge blames on Zoya. Rajveer tells her that she needs to break Hooda family. Zoya asks him not to frame her. He makes sure that Aditya watches them together and derives a wrong meaning from their conversation. Aditya gets an unpleasant shock on seeing Zoya with Rajveer. Zoya wants to explain Aditya that Rajveer is playing with their lives and happiness. Anjana’s suicide drama will be next in the show. Anjana confesses of killing Yash and Pooja. Aditya forgives Anjana for her crimes, and wants to become a shield for her. Zoya gets a huge shock with Anjana’s big revelation. Zoya didn’t expect Aditya to forgive Anjana so easily and get over Yash and Pooja’s murder. Zoya and Aditya, both receive shocks because of Rajveer’s conspiracy.

You may also like to read the upcoming short spoiler of the another hit show of Colors.

Vasundara worries for Deep. She doesn’t want him to go out of the house. She alerts him of the bad omens. She stops him at home. She gives Aarohi’s bridal lahenga to Tara. Tara gets upset and stays calm in front of Vasundara. She burns Aarohi’s dress in anger. She prepares for Karwachauth. The threat on Deep is still on. Tara keeps Karwachauth fast for Deep. She doesn’t love Deep by a true heart. She feels hungry. She decides to have some food when Deep leaves from the room. Tara eats sweets.

Abhimanyu gives her a drink. He catches her red-handed. He asks her if her love for Deep isn’t strong. He taunts her for just pretending love for Deep. She gets a shock on seeing him. Aarohi and Deep worship together. Aarohi hates Deep. She wants to fulfill her revenge. Abhimanyu and Aarohi conspire to keep an eye on Tara and family, till they target Deep. Aarohi plans to kill Deep during the Karwachauth. She puts Deep in huge trouble. She adds the poison in Deep’s Sargi. Deep doesn’t consume the poisoned juice.