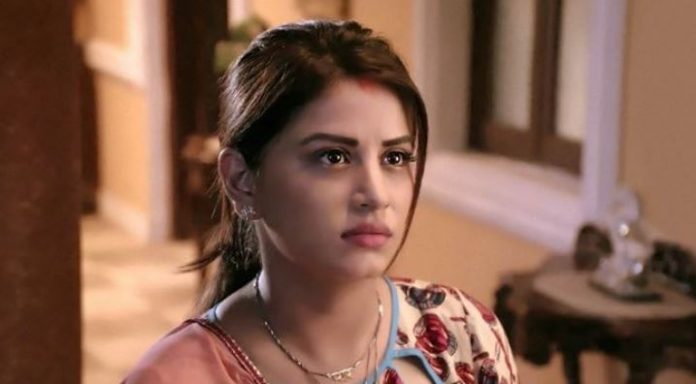 Nimki Mukhiya: Huge drama in Sweety’s marriage… Tetar Singh and family oppose Sweety’s remarriage by coming in Rituraj’s words again. Nimki supports Sweety and wants to get her married to Abhimanyu. She helps Sweety elope. She asks Sweety not to miss the chance to start a new life with Abhimanyu. She knows that life doesn’t give a second chance to every girl. Rituraj finds Sweety missing and spots Nimki there. He realizes that Sweety has run away from the house. He rushes to inform Tetar that Nimki has made Sweety escape from the house. Babbu Singh gets angry knowing about Nimki’s big move.

Rituraj tells them that Nimki has taken Sweety to the temple to get her married to Abhimanyu. Tetar and Babbu rush to the temple, where Sweety is getting married. Abhimanyu and Sweety take the wedding rounds. Nimki turns happy for them. Nimki wishes them a good future. Babbu Singh loses his rage and shoots at the groom and bride. Nimki wants to stop Babbu from ruining Sweety’s life. She explains him that he should protect Sweety’s happiness and fulfill a brother’s duty.