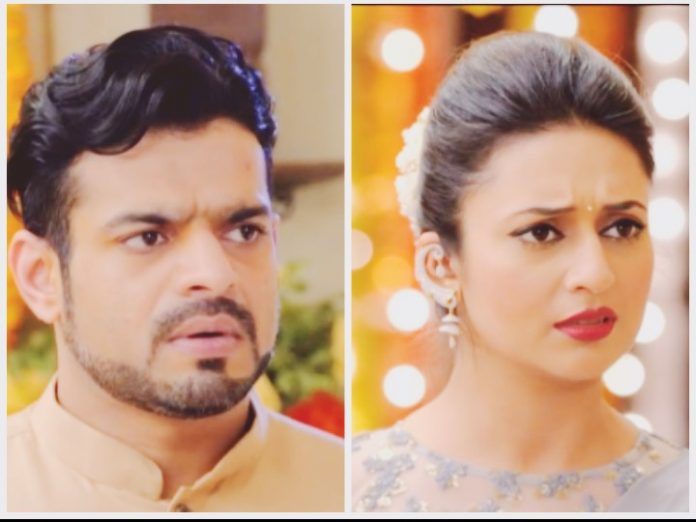 Raman-Ishita framed for murder in Yeh Hai Mohabbatein Ishita heads to the temple where Iyers have organized a special pre-wedding puja for Rohan and Aaliya. Ishita meets a young couple in love, who are in anger. Ishita decides to save them. She calls up Raman at the temple. She doesn’t know that Raman is already captive by Vijendra. She goes to save Neelam and Kartik, but finds Vijendra at the place. Vijendra hides Raman from her. Vijendra lies to Ishita and sends her away. Ishita doesn’t the lovers anywhere. Ishita celebrates Karwachauth with the women happily. Raman breaks Ishita’s fast. He rushes out on Vijendra’s call.

Vijendra and his goons kill Neelam and Kartik. They dump the dead bodies in Raman’s car trunk. Raman gets blackmailed by Vijendra. When Raman drives the car to his home, police reaches him with an arrest warrant. Police charges Raman for murdering two people. Ishita gets a huge shock in learning this. She defends her husband and asks inspector to get evidence before the arrest. Inspector checks Raman’s car and finds the dead bodies.

Ishita will be landing in jail on the eve of Karwachauth.

Ishita doubts that Raman has killed someone or he got framed. She admits that she has killed the couple. She makes a shocking confession. She tells inspector that she has killed Neelam and Kartik. Raman was getting trapped by Vijendra. Ishita takes the blame on herself to save Raman. She acts brave again and becomes a shield for Raman. Ishita tells Raman that even when he didn’t share his problems with her, she will always support him. Raman learns the shocking news of Ishita’s arrest.

Raman asks her not to be mad. He asks inspector to leave Ishita. Ishita gets the blood marks on her hands. She shows the stains and proves her crime. She asks Raman not to say anything in the matter. She prefers to accept any punishment for saving her husband. Ishita unfortunately lands behind bars.