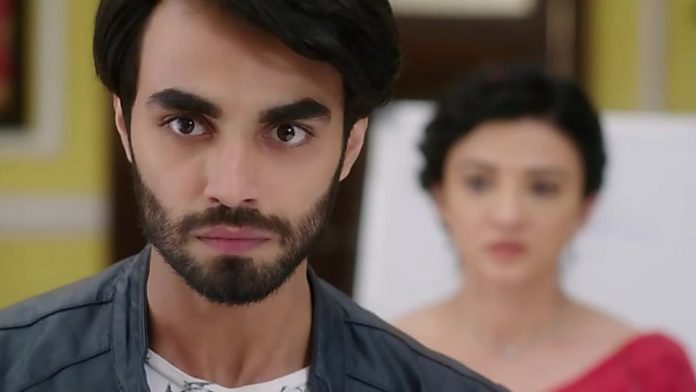 Aapke Aa Jane Se: Sahil learns Badi Amma’s crimes… Deepak kidnaps Vedika. He gets torturing her. She tries to run away. She hides from the goons. Deepak finds her and tells her that its not easy to escape. Sahil makes a heroic entry. He stops Deepak from stabbing Vedika. Deepak wanted to kidnap Gauri. He threatens Vedika. Vedika fights with Deepak and his goons. She assists Sahil in the fight. He tells them that he didn’t want to kidnap Vedika, but it was a mistake. Deepak doesn’t want to let Vedika go. Sahil fights with Deepak and saves his lady love. Sahil gets Deepak arrested. Vedika has a line of villains in her life. She has to expose Badi Amma and Puneesh as well. Puneesh plays safe and doesn’t let his true face get revealed.

Sahil finally learns Badi Amma’s truth. Vedika succeeds to prove Badi Amma’s crimes. She plays the video on the screens. Sahil learns what all Badi Amma has done to separate Vedika and him. Vedika has always tried to secure Sahil. Sahil gets the family picture. He angrily shatters the picture. He vents out anger on Badi Amma.

Sahil apologizes to Vedika. He asks Vedika to slap him for being such a bad lover and husband. He feels he has failed to keep his love vows towards Vedika. He can’t believe that he has come in Badi Amma’s words and ruined his own live. Vedika doesn’t want Sahil to punish himself for someone else’s crimes. She pacifies him, knowing his sorrow is too big. She asks Sahil to deal with the situation in a sensible way. Sahil reprimands Badi Amma knowing she has killed his mum. He tells her that she can never take his mum’s place. He further adds that Badi Amma doesn’t deserve any love. Badi Amma faces Sahil’s wrath. Sahil decides to leave the house, taking along with his family.