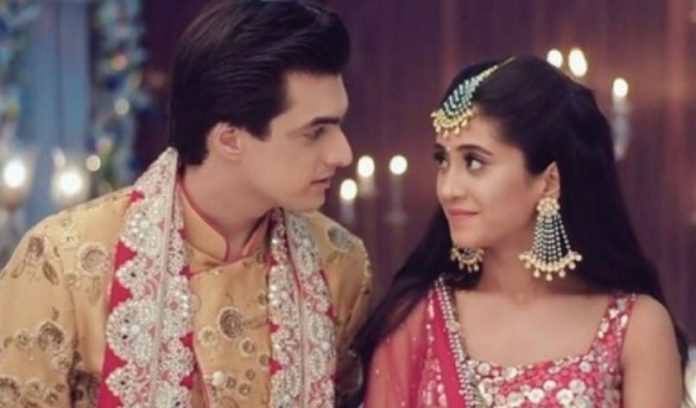 High Points in Yeh Rishta Kya Kehlata Hai.. Naira dances happily and gets away from tensions. Naira is excited for Karwachauth fast. She gets all the preparations done. She shows her saree and jewelry to Kartik. She asks Kartik to take her to shopping mall for further shopping. Kartik asks her not to think of exerting herself. He tells her that she won’t go in any sale, there can be stampede in the mall. When she agrees easily and calls him right, he senses something is fishy. He asks her how did she agree without fighting with him. He asks her what is she thinking. Naira becomes a spy and checks Samarth’s room. She wants to know what is Samarth intending. Samarth and Akhilesh find Naira inside the room.

Samarth gets questioning Naira. Naira gets caught. She gets on making excusing. Samarth asks Akhilesh if Manish has sent Naira for spying. Akhilesh believes Samarth. He vents on anger on Naira for proving his belief on her wrong. Samarth has a problem with the past. He has to take revenge on Dadi, who has ousted him from the family.

He feels Dadi has injustice with him. Naira gets some clues. She tells Kartik that she has got a weird keychain in Samarth’s room drawer. She tells him that the keychain has a toy connected, which may be signing to Samarth’s childhood. Kartik finds the toy car keychain. He doesn’t understand the matter. He feels just Dadi can answer them. Kartik and Naira try to question Dadi. They find Samarth keeping an eye on them. Kartik signs Naira that they will talk to Dadi later on. Samarth wants Dadi to reveal her misdeed to the family. He wants sympathy from Kartik and Naira as well.

Anurag climbs the ladder to reach Prerna’s room. He explains her that she isn’t doing right. She gets jealous and questions him about his female friends. Anurag asks her if she is serious, how can she connect Navin’s matter with his friends. He then understands her jealousy. He tells Prerna that he has spied on Navin, and learnt the truth. He reveals that Madhuri is Navin’s wife. Anurag has seen Navin and Madhuri romancing. Madhuri is Navin’s partner in crime. They both have evil intentions.