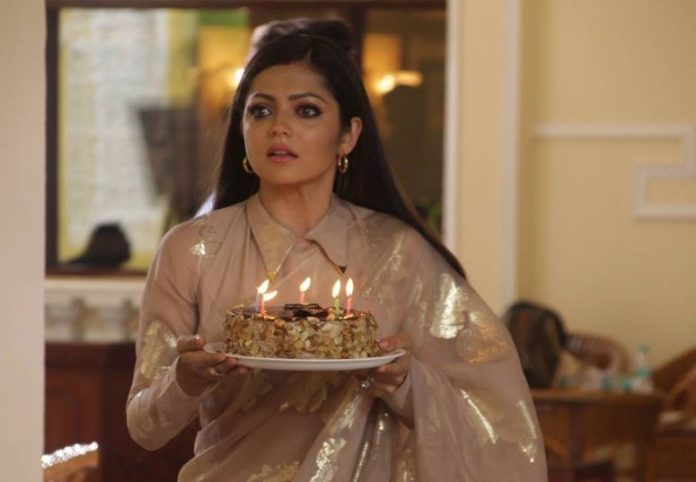 They hide the photo from Mauli. Mishti shows her room and toys to Pari. Mauli isn’t aware that Pari is Kunal and Nandini’s daughter. The girls have fun in the house. The family celebrates Dhanteras festive. Ishaan helps out Mauli in meeting the tasks. Will the friendship of Mishti and Pari mend Mauli and Kunal’s broken relations? Keep reading.

Salim meets Anarkali to make an apology. Salim gets crowned as the King. He gets upset with her for attending the coronation ceremony. He reminds his promise that she won’t be coming there. She tells him about Rukaiya’s conspiracy to kill him. There was a scorpion inside the crown. Anarkali doesn’t let the crown fall. She catches the crown to save it. Anarkali gets bitten by the poisonous scorpion. Salim worries for Anarkali’s life. He doesn’t want her to put herself in danger this way. He finally plans a surprise for her. He showers flowers on her and also fills poetry in the air. Salim forgives her, since she has saved his life once again. They have a romantic moment. Meanwhile, Akbar wants to find Salim’s enemy, who is after Salim’s life.

Vasundara takes a big decision. She decides to leave from the house. Deep fears that there is danger over her. She tells him that she doesn’t like staying with them, she wants to get away for some peace. Deep gets a huge shock with this. Even Tara doesn’t understand why is Vasundara taking such a decision. Vasundara reasons out her decision. Aarohi wants to know Vasundara’s secret. She takes advantage of Deep’s absence. She hides when Deep comes suddenly. Deep stays suspicious about Manpreet’s real identity.

Inspector gets the shocking news that Virat is missing. Tara gets much angry on police. Inspector shows Virat’s belongings they have found near some dangerous place. He tells them that some people were killed in that village and this isn’t good that they found Virat’s clue there. Tara gets worried. Deep consoles Tara. He tells her that Virat isn’t a kid, he is very much capable of taking care of himself. He stops Tara from hurting the inspector. He asks her not to lose her temper.

Deep wonders who is responsible for this. Abhimanyu takes Deep’s phone and gets a big deal cancelled. He doesn’t want Deep to get profits. Deep tells Vasundara that he has lost the importance documents. Virat sends message to Deep about Abhimanyu. Abhimanyu deletes the message. He doesn’t want his truth to come out. There is suspense about the new mastermind in Deep’s family.