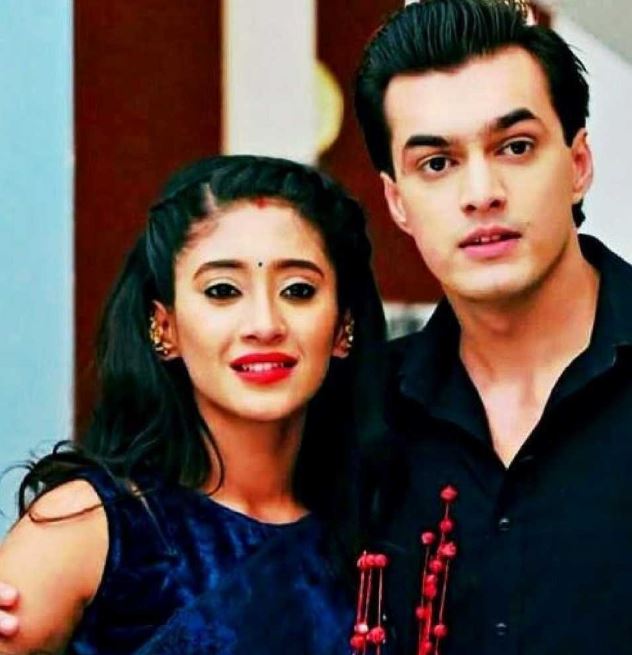 Yeh Rishta Kya Kehlata Hai: KaiRa race against time… Kartik and Naira give a tough competition to Samarth. Samarth tells them that he likes the people who don’t give up easily and keep trying to succeed, like him. He wants them to keep the fun high in the game. Kartik and Naira try to find out what is he planning. They check the balloons blown by Samarth to find out the secret plan. Akhilesh finds Kartik bursting the balloons and ruining the arrangements. He yells at Kartik and Naira. He asks them to stay away from such things. Samarth turns lucky when Akhilesh is with him. Kartik assures that he will decorate the place in a better away.

Meanwhile, Naksh and Kirti have an argument over Naira’s health condition. Kirti wants Naksh to focus on their lives, rather than interfering in Kartik and Naira’s lives. Dadi gets tensed with Samarth’s gift. She recollects the past. Manish reaches her to console. Samarth is happy that Dadi is getting affected by his presence. He is determined to take revenge on the family.

He wants his hatred to ruin them. Moreover, Kartik and Naira try to find Samarth’s plan. Samarth tells them that he isn’t so cheap to trap Manish by using a girl. He asks them not to think cheap and raise their standards. He tells them that he will be framing Manish in a big fraud. He asks them to save Manish if they can. He declares that he will get Manish arrested when the party begins. Kartik and Naira stay tensed because of Samarth. Naksh worries for Naira. He doesn’t want Naira to take tensions. Naira willingly supports her family. Naira gets clues about Samarth’s plan. She rushes to share her findings with Kartik. She gets busy with her family.

Furthermore, Naksh confronts Kartik for not realizing about Naira’s fast. Kartik asks Naksh not to hurt them with his over concern. They have an argument. Suwarna stops them and asks them not to hurt Naira by their clashes. Naira tells Kartik about the invisible ink used by Samarth for his plans.

Kartik asks him if she is sure about this. Naira tells him that Samarth has hidden the illegal notes. Kartik realizes that the notes are filled up in. the balloons. They find it really hard to find those balloons. The party begins. Lav and Kush enjoy the party and introduce their friends.

Kartik and Naira try to trace the balloons. Surekha asks Akhilesh not to spoil his mood. Kartik and Naira perform in the party. On the other hand, Suwarna pacifies Naksh. She asks him not to get too much worried for Naira, since this concern can trouble her too. She asks him not to come between Naira’s happiness. She tells him that craziness won’t help anyone, Kartik is already taking care of Naira.

She defends Kartik and tells him how Naira has lied and kept the Karwachauth fast. She shows him the mirror of truth. She asks him to decide what he want to do. She suggests him to let Kartik and Naira lead their lives on their own. Kartik and Naira try to check the balloons while dancing. Samarth ruins the fun and reveals that police will be reaching any time to arrest Manish. Sooner, police reaches to arrest Akhilesh for the fraud.