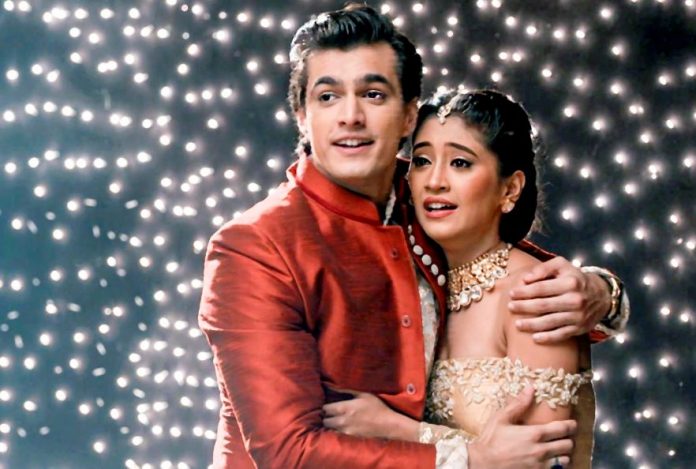 YRKKH: Big shockers in Goenkas’ celebrations… Kartik and Naira rock the birthday party with their special planned games. They want Lav and Kush to celebrate well and not feel unhappy due to the house division. Akhilesh doesn’t change his mind for the division. He wants to hurry up with the legal process so that he can take his share and leave the Goenka family. Kartik attempts to melt Akhilesh’s heart. He seeks help from the entire family to convince Akhilesh. However, Samarth understands Kartik’s smart plans and takes away Akhilesh for some business discussion. Samarth has put the illegal cash in the balloons. He has filled up the balloons with such faulty notes so that Akhilesh can come in trouble.

He also wants police to visit the Goenkas and shame them for the crime. Samarth wants to target on Goenkas’ reputation first. He tells Kartik that since Diwali is still away, he wants to present a little glimpse of his capabilities during the party.

Kartik alerts Naira about Samarth’s vice. He asks her to be around Manish and Dadi to protect them. Kartik and Naira entertain the guests. They sing and dance with the kids. Samarth also dances with the kids happily. He looks very confident and looks at his watch. He waits for the police to make a timely entry. Kartik gets worried on seeing Samarth at the door. Akhilesh has no idea about Samarth’s intentions. Kartik receives a shock when Samarth calls the police home to get Akhilesh arrested.

Police blames Akhilesh for holding illegal cash by fraud business transactions. Akhilesh defends himself that he is innocent and has nothing to do with the wrong allegation. Akhilesh feels bad to wear handcuffs in front of his sons. He wishes that this could get avoided some how. Samarth stops the police and gets himself arrested to raise the drama. Samarth becomes great in Akhilesh’s eyes. He troubles Kartik and Naira by his clever policy. Manish and Dadi get more puzzled with Samarth’s confusing behavior.

Akhilesh raises the topic of house partition once again. Lav and Kush oppose him and ask him not to divide the house. Akhilesh acts like a rebel once again. Akhilesh gets humiliating Manish and hands over the partition legal documents to him. He says you have done a cheap thing, which even staff doesn’t do. He scolds Manish for snatching his sons’ right. He asks Manish to sign the papers and free him from unwanted relations too.

He tells Dadi that she has always loved Manish. He blames her for treating him like a servant always, she didn’t need any other son. He can’t believe that he has been blind in his family’s love. He vents out anger on everyone. He gives the property division documents and leaves with his family. Kartik and Naira can’t believe the shocking thing.