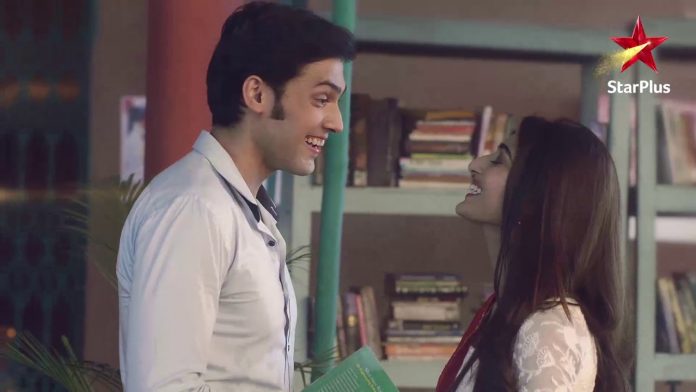 Kasautii Zindagii Kay: Sudden troubles for Anurag-Prerna… Anurag tells Prerna that he is much concerned for her and wants to stop the marriage, since she is related to him now. She sheds tears and doesn’t answer him. He tells her that he understands even her silence. He urges her to support him. Mohini and entire family faces the tough time when the robbers attack on them. Anurag and Prerna have a moment when he shares her pain. The robbers take away all the jewelry and costly things from everyone. Mohini gets robbed. She turns helpless. Navin tells Prerna’s family that Prerna is with Anurag. Her family wishes that she stays fine. Mohini worries for her son.

She doesn’t want Anurag to fall in trouble. Anurag asks Prerna to speak up. Prerna tells him that she likes his concern, but she doesn’t want to acknowledge it, since she is fighting with herself. She asks him not to burden her with his favors.

Anurag tells her that he won’t let her marriage happen, since he has seen her helplessness in her tears. They learn about the robbers. Anurag tries to call police for help. Anurag realizes he has given his phone to Mohini. He asks Prerna not to panic and make stupid decisions. He wants to protect his family. Mohini lies about Anurag to protect him. Anurag wants to get situation in his control. He contacts the police for help. He informs about the thieves. Mohini asks the robbers not to dare touch her son.

Anurag hopes the help reaches them on time. Anurag and Prerna hide from the thieves. Moloy lies to the police about the robbers, since the family is held at gun point. He tries to convey the real situation to the cops. Moloy wants the police help, but doesn’t want his family to fall in trouble. Anurag and Prerna also get caught.