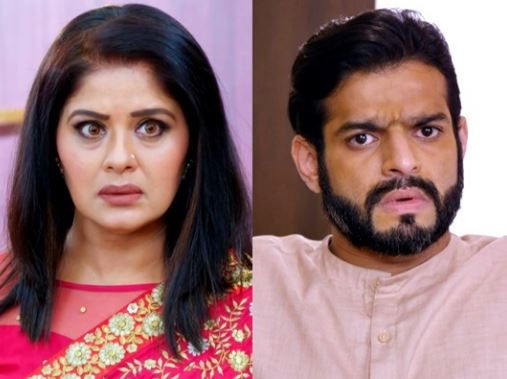 Sudha hugs her sons. They eat the food. Sudha pities their state. She tells Raman that she has got a surprise for him. She wants to frame Raman in the fraud case. She says you have no option than to agree to me, there is a meeting of investors, there will be investigation done by the enquiry committee. Raman asks her is she serious. Sudha tells Bhalla what’s written in the notice.

She bans Raman from his own company. She says Raman has to take my permission before making any entry in the office. She tells Raman that she has a condition to free him, she can take back the case if they free her sons. She says my sons will come with me and Raman may get saved. Karan says now it will be fun. Raman refuses to accept Sudha’s condition. He says you will be lying once again if we free your sons.

Sudha asks him not to give her moral lessons. She tells him that she has done everything and planted Payal to free him. She says I have convinced Payal to make such claims, you have just one day time, I will send Raman to jail, just like Ishita got her daughters’ baraat to my home. She assures Raman that she will provoke Payal and burn the happiness of Bhalla family. Sudha leaves from their house after threatening them well. Rohan and Karan hope that they get free from Bhallas. Sudha instructs them to get dressed well and not do any work for Bhallas, they are getting freed very soon.