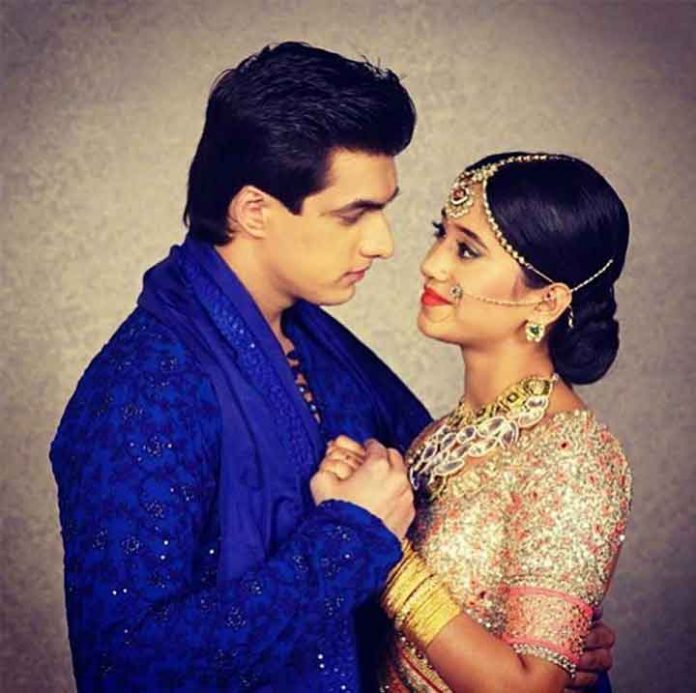 Yeh Rishta: Naira tries to talk to Kartik about having a baby. He doesn’t get to hear it. She thinks its not the right time and she still needs time. Kartik and Naira announces the Bollywood Sangam with two teams of Suhasini Dadi and Nani. They initiate a dance competition between both the teams. Naira tells them that they will begin the healthy competition. Everyone shakes their legs and deliver rocking performances on the retro songs. Kartik and Naira become the limelight once again, by their sweet performance. Naira re-attempts to tell Kartik about the baby. He doesn’t understand at first and agrees to her, which gives her happiness. She repeats herself clearly, to which he refuses. He fails to explain her the reason for his denial.

She tells him how much she is willing to have a family, after seeing a baby in the hospital. She asks him to take this as the right time and grant her a wish. She feels their lives will get perfect. He fears of losing Naira. He doesn’t want to get more greedy with the destiny. He tells her that they are still too young to have a child. Their conversation breaks because of the family’s call.

Naira wants to get his positive answer. He starts avoiding the topic. The families plan a blindfold game. The couples play the game and identify their life partners. Kartik’s objection doesn’t get understood by Naira. She wishes to explain him. Kartik and Naira find each other, even when they are blindfold. He clears out that its really his no. He asks her not to ask him about the baby again. They get arguing. Manish and Suwarna spot Kartik and Naira, and understand their drama.

Kartik ends the game and tries to leave. The families wind up the party and games. They together make plans to relax for a while. Everyone shares the stories of young days. Naira prays to Kanha about starting her family. She gets a good sign when Lav and Kush hand over a Kanha idol to her. She wants to know Kartik’s issues. She takes the sign positively. She also speaks to her doctor about planning a child. She hopes for the positive results.