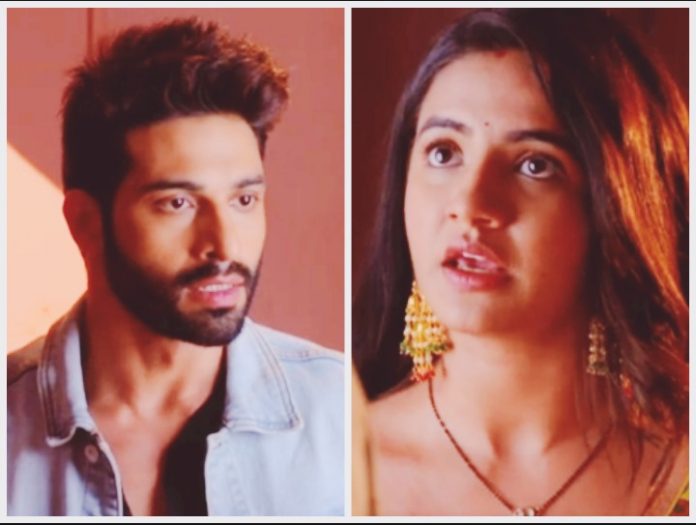 Udaan: Raghav gets blamed for Rajjo’s rape. Rajjo scolds Raghav, knowing his enmity with her. Chakor also loses belief in Raghav by hearing Rajjo’s words. Rajjo provides evidences against Raghav. She tells Chakor that she isn’t lying to anyone, Raghav is her culprit. Rajjo gets mistaken because of someone’s conspiracy. Tejaswini defends Suraj. She tells Rajjo that Suraj has always given respect to women, he is a son of landlord, but he didn’t ever took advantage of anyone, even though he had much power in his hands. Rajjo tells Tejaswini that maybe Suraj was a good man, but this Raghav is a devil. She calls him her culprit.

Tejaswini can’t believe this truth. Rajjo brings out the truth that Raghav isn’t Suraj, Raghav is a cheapster, whom Chakor got home for the sake of Anjor. There happens a big drama with Raghav’s identity coming out. Tejaswini asks Chakor to tell them if this is the truth. Chakor gets numb over the shocking situation. Raghav accepts that he was doing Suraj’s drama just for the sake of money. Inspector says if you can take money for playing someone’s father, you can commit this crime too. Raghav asks Inspector not to say any nonsense.

Tejaswini breaks down and sees Suraj’s picture. She feels she has lost Suraj forever. Raghav gets arrested by police. He tells the inspector that he didn’t rape Rajjo. When Chakor doesn’t listen to him, Raghav feels there is no way to stop the arrest. He doesn’t want to get punished for the crime which he didn’t commit. Raghav pushes the constable and runs away from the haveli. Chakor regrets to cheat the family by getting Raghav home. She feels guilty for Rajjo’s state. Chakor apologizes to Tejaswini for lying to her about Suraj’s death.

Ishq Mein Marjawa: Deep and Aarohi romance. They play a game and challenge each other. Deep flows in emotions when Aarohi gets close to him. She traps him and hangs him down the ropes. She tells him that its not the time to kill him, she will spare his life. Deep and Aarohi try to settle scores. He hurts Aarohi by the knife. He tells her that she has the last chance to win her life. Aarohi doesn’t tell Abhimanyu that she is going to meet Deep. Aarohi doesn’t trust Abhimanyu as well. She gets suspecting Abhimanyu. Aarohi and Deep’s romance will be seen as part of their thrilling games. Deep enjoys the chasing game with his enemies. He wants to win the game laid by him since long, and also prove himself.