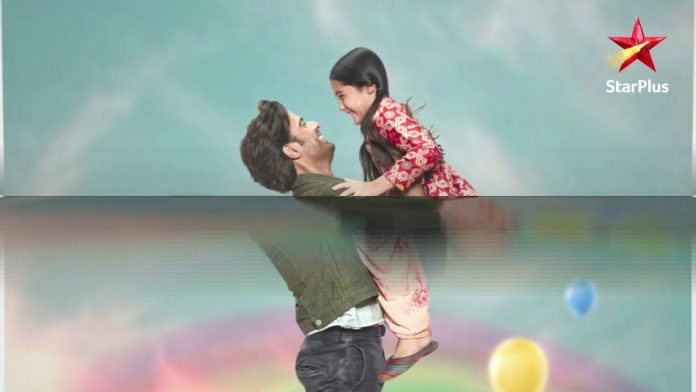 TR’s Quick Reads: Ishqbaaz Kulfi Kumar and more… Ishqbaaz: Jai gets married to Priyanka by seeking Shivay’s permission. Shivay has no idea that Jai is doing everything for revenge. Shivay has refused to marry Naina, Jai’s sister. Shivay believes Jai has forgotten the enmity and helped them. He isn’t aware of Jai’s evil intentions. Jai marries Priyanka by talking sugary things and convincing her. He then gives her a shocker of life by taking her home and treating her badly. Priyanka feels miserable after marrying the wrong man. She recollects her marriage breaking twice. She decides to adjust with Jai’s family. Priyanka gets lying to Shivay about Jai and her happy married life. Shivay gets convinced about Jai being a nice guy.

Jija ji Chath Par Hai:
Pancham and Ilaychi go for a movie. Pancham get romantic seeing the filmi scenes. He kisses Ilaychi and stuns her. Ilaychi gets surprised by his romantic side. He shows his poetic side and impresses her. Pancham and Ilaychi’s love story begins in full swing. She learns that a guy is coming to see her. She reaches Pancham to inform him. She fights with him and asks him to talk to Murari about their marriage. She says you have proposed me, but you have to talk to my dad, there is very less time. Pancham has to tell Pintu’s truth to Murari and Karuna, and then forwards his proposal for Ilaychi. Ilaychi gets worried that Murari will get her married to someone else. She just wants to marry her love Pancham.

Roop:
Ishika gets teased by the family women. Ishika and Roop has come back home after their honeymoon. The women pull Ishika’s leg and asks her about the pregnancy news. Ishika gets embarrassed and avoids the talks. Ishika is happy with Roop. Ishika’s mum expects some good news, finding Ishika so happy.

Udaan:
Chakor removes her mangasutra and sheds tears on Suraj’s death. Anjor has no idea about this truth. She asks Chakor why did she remove the mangalsutra. She wants Chakor to wear it back. Chakor turns helpless and wears the mangalsutra, while hiding the truth. Chakor doesn’t want to tell Anjor that Suraj is dead. She stops Tejaswini from conducting final rites for Suraj. Tejaswini is shattered. She is angry that Chakor didn’t conduct any final rites or puja for Suraj’s soul peace. Tejaswini and Chakor cry for Suraj.

Guddan Tum Se Na Ho Payega:
Guddan gets hugely upset when Akshat calls her a gold digger. He finds it hard to believe Guddan, when the family blames Guddan. Guddan wins Dadi’s belief again. She apologizes to Akshat. Akshat insults Guddan. She feels sad with his anger. The bahus want to bring distance between Guddan and Akshat. Guddan will be finding the real culprit, Saraswati and exposing her crime.

Ishq Mein Marjawa:
Abhimanyu fails in his duty. He isn’t able to do his work well. Virat scolds Abhimanyu. Tara and Virat make a new plan. Tara wants to plan something bigger against Abhimanyu and Manpreet. Vasundara tells Abhimanyu that she has given the responsibility of her protection to Tara. She asks Abhimanyu to leave from the house, since he isn’t needed. Aarohi gets mistaken about Abhimanyu. She wants to exact revenge on him and Deep.

Kulfi Kumar Bajewala:
Kulfi and Sikandar’s lovely unspoken bond will be soon getting a name. Kulfi will be learning the truth that Sikandar is her father. Tevar learns that Kulfi isn’t his daughter. He also wants to know who is Kulfi’s father. Moreover, he learns that Amyra is his daughter, and he got fooled by Lovely once again. Tevar leaves Kulfi alone at Sikandar’s house and goes away to deal with the shocking phase of his life. He has put all his efforts in bonding with Kulfi, assuming her to be his daughter. He can’t deal with the truth that Amyra is his daughter, since Amyra is equally selfish like Lovely. He finds Kulfi selfless and can’t hurt her by revealing the truth.