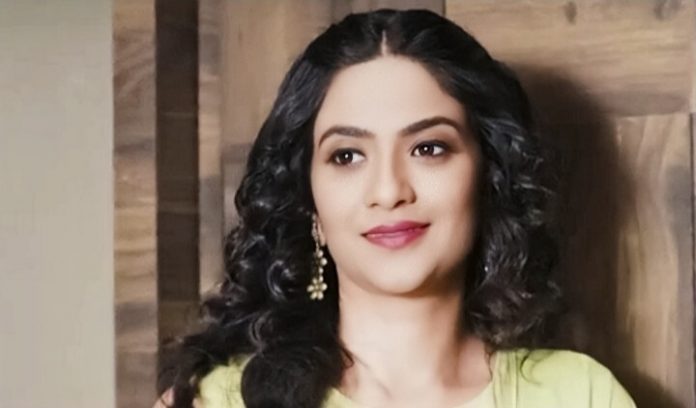 Silsila Upcoming shockers. Kunal gets suspicious of Mauli when he finds her with gifts and bouquet. He asks her for whom is it. She lies to him that its for him. Kunal checks the blue shirt and asks why did she buy the same gift again. He confronts her for her tensed look. She tells him that she thought to get another shirt for him as per his likes. He doesn’t get convinced by her lies. He wants to know why is she lying and for whose sake. Ishaan waits for Mauli. He realizes its Valentines’ day. He wants to forgive Mauli for the past issues. He longs for her and his mood gets better. Radhika stays disturbed. She wants Mauli not to do injustice with Ishaan. She wants things to get fine in Kunal, Ishaan and Mauli’s lives. Dida spends her time with the kids, until Mauli meets Ishaan. She loves the kids. She asks them how are they living with Ishaan.

The kids tells her that Ishaan is keeping them very happy. She wishes Ishaan stays happy. The kids ask about Kunal. Dida tells them that Kunal and Mauli should get back together, so that their wish turns true. She wishes that a happy family is formed. She tells them that it will be the best if Kunal and Mauli unite. She gets the kids on her team. She wants them to live with their parents.

She tells them that she is praying that they stay together. She wishes her dream gets fulfilled soon. She wants Kunal and Mauli to unite with their kids, and live together after marrying again. Mauli stays upset when Kunal takes her along. She tells him that she would like to go home. He insists her and takes her to the same restaurant for lunch where Ishaan is waiting for her. Ishaan gets happy on seeing her, and then loses his smile when he sees Kunal coming along. Kunal gets to his taunting avatar. He asks Ishaan why does he always appear around. He confronts Ishaan for his liking towards Mauli.

He asks him if he has come for a special date. Ishaan tells Kunal that his lover is busy somewhere. Kunal tells him that Mauli has cancelled all the appointments for his sake. Ishaan passes on his surprise arrangements to Kunal and Mauli. He asks them to join him. Kunal gets jealous. Mauli turns upset that Kunal has failed her plans once again.

Kunal is happy to have Mauli with her, while Ishaan is content just by her presence. He understands the situation well and doesn’t want to blame Mauli. Kunal drinks and also offers Ishaan. Ishaan tells Kunal that his Valentine is still with him in his heart. Kunal asks him if his lover isn’t single. Ishaan clears that the girl he loves is single and surely loves him. Mauli reprimands Kunal for making fun of Ishaan’s emotions. Kunal tells her that she shouldn’t react when its about Ishaan. He expresses his dislike towards Ishaan. She can’t stand his hatred for such a humble person like Ishaan. Kunal gets a proof of Mauli and Ishaan’s affair. He shatters with Mauli’s cheating, unaware of Ishaan’s true love for Mauli. He has lost his memory and misunderstands Mauli’s loyalty.