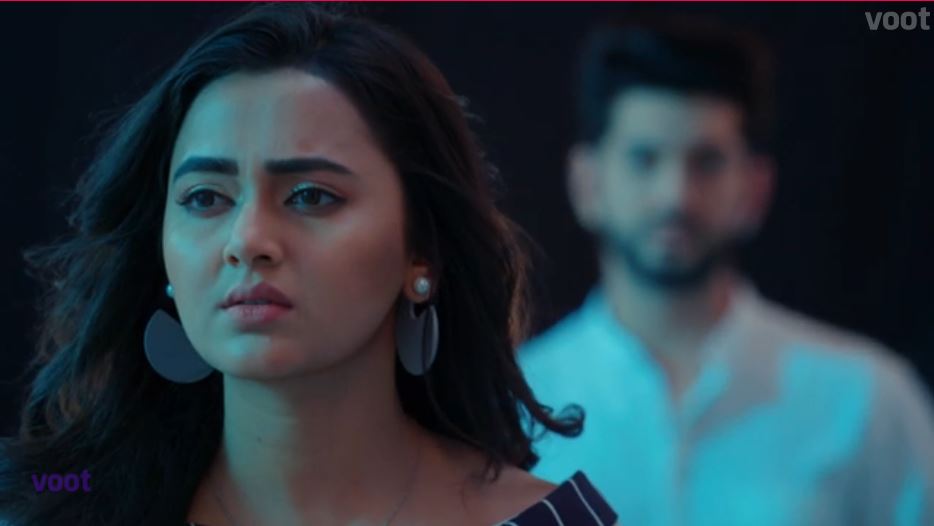 Silsila Another break-up twist plot by Mishti 8th July 2019 Pari waits to meet Ruhaan for dinner. Ruhaan wants to talk to Mishti outside the house to get an answer from her for hiding about Veer’s parents. He meets Mishti and asks her if Veer has threatened her to hide the kidnapping truth. He asks her why did she withdraw the case. He warns her against hurting him with her decision. He asks her to think of her family, who will be hurt as well. She tells him that she has ended Veer’s chapter on a good note. He feels helpless that he isn’t saving her from Veer’s planning. He loves Mishti a lot and tells her that he will fight the entire world for her love. She sees his intense love. She knows he loves her a lot and is much hurt. She wants to get distant from him.

She thinks to create the misunderstanding so that Ruhaan stops loving her. She hurts him verbally by calling him an orphan. She tells him that she doesn’t regret her decision to free Veer and his parents. Ruhaan gets hurt by her shocking statements. He thinks of meeting Pari. Mishti wants to bring Pari and Ruhaan together. Veer calls Mishti and informs her that Ruhaan was worried for her. He feels Ruhaan was in much trouble. He understands Mishti’s sacrifice of love. She tells Veer that she has no choice than to hurt Ruhaan’s heart. She doesn’t know if Ruhaan will marry Pari. Veer tells her that even if she gambles her love, she may not win, Ruhaan may never accept Pari. She wants to take a big risk to save her relations. Veer wishes her all the best.

Ruhaan surprises Pari. He stays lost because of Mishti’s taunt. Pari asks him why is he so upset. Pari tells him that she is his friend and want to know what’s worrying him so much. She wants to help him out. He tells her that some sudden problems in his life are threatening his happiness. He reveals to her that Veer’s parents were behind Mishti’s kidnapping, and Mishti has easily forgiven them. Pari can’t believe this. He tells her that Mishti has withdrawn the case and left them free for unknown reasons. He wanted Veer and his parents to bear the punishment for their misdeeds. Pari finds it odd that Mishti didn’t tell her anything.

He tells her that he got to know this shocking thing because of the courier. Pari wants to know the hidden part of the story. Ruhaan thinks to meet Mishti and end her tensions at once. Mishti doesn’t want Pari to see them together. Ruhaan plans a romantic surprise for her. She refuses to acknowledge her love. Mishti decides to break Ruhaan’s heart. Will Mishti succeed to break up with Ruhaan by Veer’s help? Keep reading.