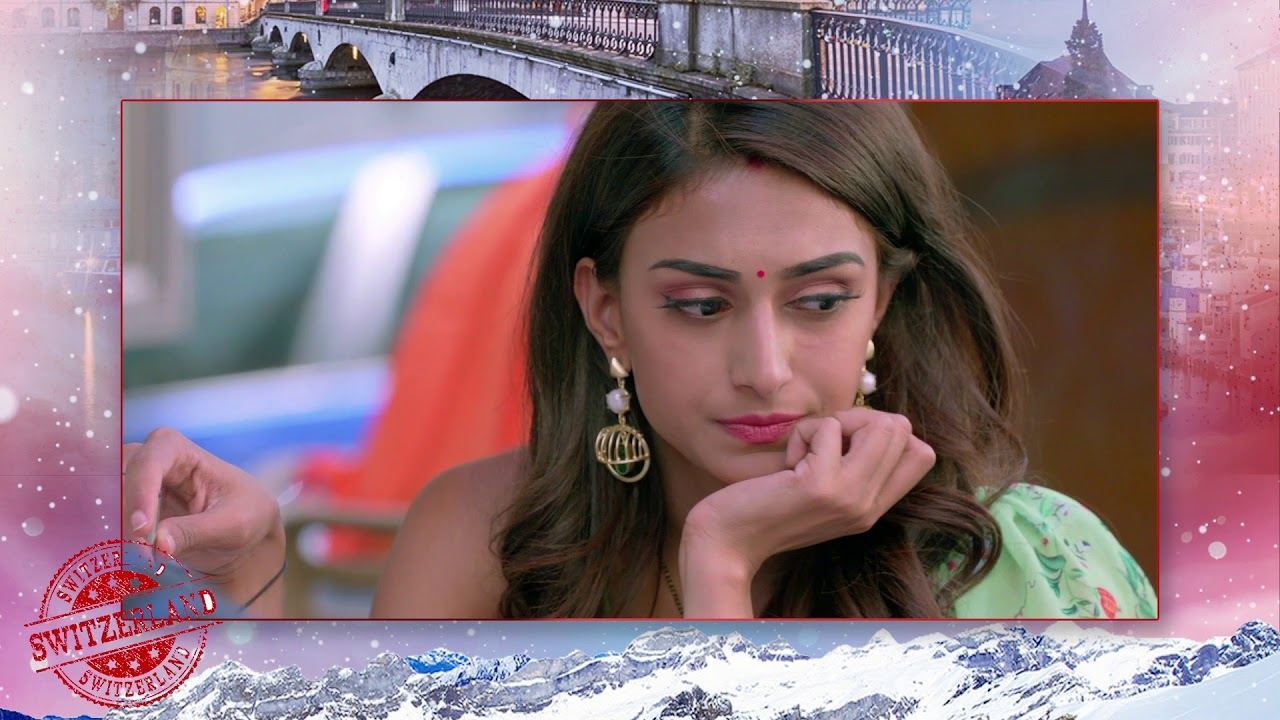 Kasautii Kidnapping twist to strike Prerna Anurag gets emotional showing the Rhine falls to Prerna. He tells her that his belief in his love will never fade down, even if she denies to love him. He tells Prerna that one day he will be defeated the biggest obstacle in their love story, Mr. Bajaj and win her back. Anurag has high hopes which gives him strength to fight with the situation. He doesn’t want to accept that he has lost her forever. Prerna tells him that she can never be back to him, since she left him by her choice. She makes him believe that he isn’t going to succeed. She asks him not to hurt himself. He asks her if she is really happy seeing him hurt.

Mr. Bajaj interrupts their conversation. He asks Prerna to have coffee with him if she wills. Anurag doesn’t let her go without answering him. Prerna doesn’t answer anything to Anurag. Meanwhile, Suman and Shekhar are much worried seeing Veena shattering down. They make a movie plan to cheer up Veena. They want Veena to divert her mind. Veena is angered after facing Mohini’s insulting words. Anurag misses Prerna deeply. He imagines Prerna with him. He finds her with Mr. Bajaj. He aims to get Prerna back. He goes to board the train and faces Mr. Bajaj again. He wants Prerna to get influenced by his presence.

Prerna doesn’t want Anurag to follow her. She wishes that he moves on in his life. Anurag and Prerna eye stares turn disturbing for Mr. Bajaj. Anurag tells her that he will be after her all the time until she gives up the fake relationship with Mr. Bajaj. Mr. Bajaj knows her discomfort. Prerna finds hard to forgive Anurag, who is being in front of her to remind their love always. Anurag doesn’t like to see her hurt.

He wants to free her from Mr. Bajaj. He knows she has married Mr. Bajaj by some compulsion. Mr. Bajaj asks Anurag to behave well like a mature person. He scolds Anurag and warns him against crossing his limits. Anupam tries hard to convince Nivedita. She gets angry when he turns her jealous by flirting with someone. Prerna and Mr. Bajaj are upset because of Anurag’s presence at the cafe too. Mr. Bajaj orders food for her. Anurag feels someone is spying on Prerna or him. Mr. Bajaj clears out that he isn’t liking Anurag’s madness.

Prerna reminds his own mistake of snatching someone’s words. She tells Mr. Bajaj that he has done too wrong with Anurag and her. Prerna faces some kidnappers while Anurag saves her. Mr. Bajaj gets misunderstanding the situation. He wants to punish Anurag for kidnapping his wife. Anurag gets determined to take Prerna with him.

Shoot in your comments to express your likes and dislikes on this very post and possibility of upcoming track.